As most of you are aware, we told you last week that Ranked Play had gone live on PS4 and Xbox One platforms. Now though, those of you playing on last-gem will have to wait longer to play Advanced Warfare Season 1 Ranked Play on PS3 and Xbox 360.

A message sent out by Sledgehammer just hours ago confirms this, as they say it has been postponed until further notice. In the meantime, they advise players to enjoy Pre-Season until a fix is introduced to sort out the issues. 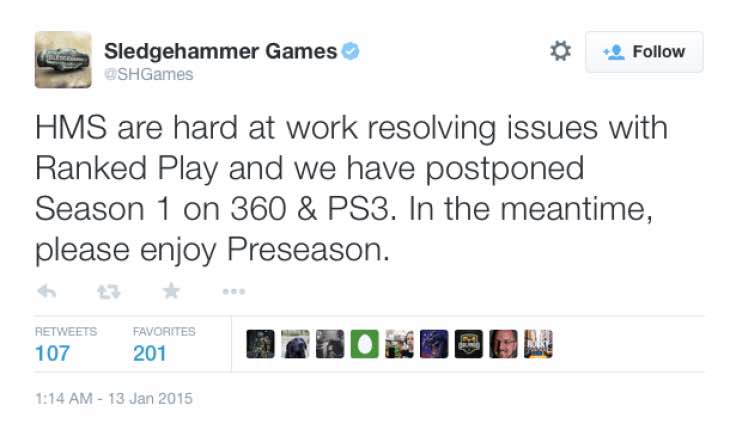 Obviously this is disappointing, but it is better to identify the problems as soon as possible, rather than have players move up in rank, get closer to Grand Master and then have something go wrong and PS3, Xbox 360 lose their progress in the process. 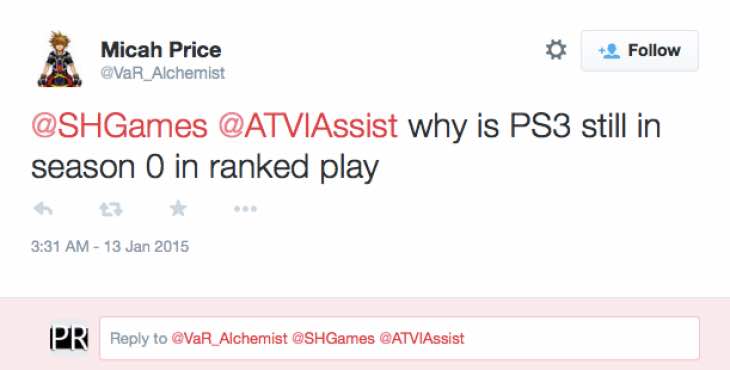 Hopefully, it won’t be long until PS3 and Xbox 360 gamers are playing Season 1 like everyone else, but for now you will just have to wait.

Are you disappointed about this? Let us know how far you went in the game before experiencing the drop to bronze league.