We heard that the PS3 version of Call of Duty Advanced Warfare is still freezing since the latest update and some rumors surfaced about problems on PlayStation 4. This past weekend we performed a few tests and while the results didn’t reveal the extent of crashing, or freezes, seen with the PS3 version, we did experience Advanced Warfare freezing on PS4 leaving us desiring the 1.09 update.

In a 2-hour gaming session, COD Advanced Warfare freezes up on our PS4 a couple of times. This isn’t a major issue, but when you have to hard restart your machine thanks to no controls working, it can be very annoying. This morning we run another test for one hour, which also resulted in one crash and the screen just freezing at the point seen in the screenshot below. 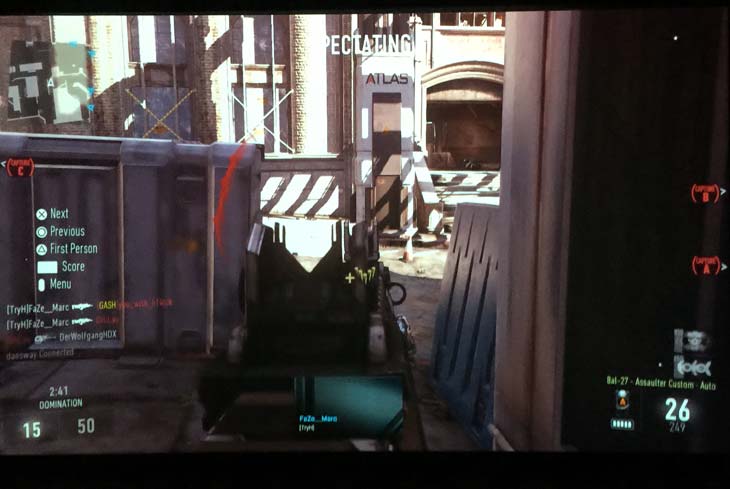 During this particular test we didn’t even get into a game, as you can see we landed in “Spectating” and couldn’t do anything. Sometimes you can exit the app/game you are in and return to the main PS4 menu, but during these Advanced Warfare freezes nothing works at all.

We have reviewed different elements of COD Advanced Warfare on this very PS4, but this weekend is the first time we received any freezing and can only imagine the problems were introduced with update 1.08.

Have you had increased issues with Advanced Warfare on PS4 since the last patch, if so what would you like the 1.09 update to fix?