Many thought that yesterday’s update would add the weapon into the PS4 version, since Xbox One owners have been using it for a whole month now.

Unfortunately that isn’t the case yet. You can use the M1 Irons on PS4, but only in Gun Game for the time being.

What we can tell you though, is that Sledgehammer Games will be adding the weapon properly into the armory for use in other game modes later this week. 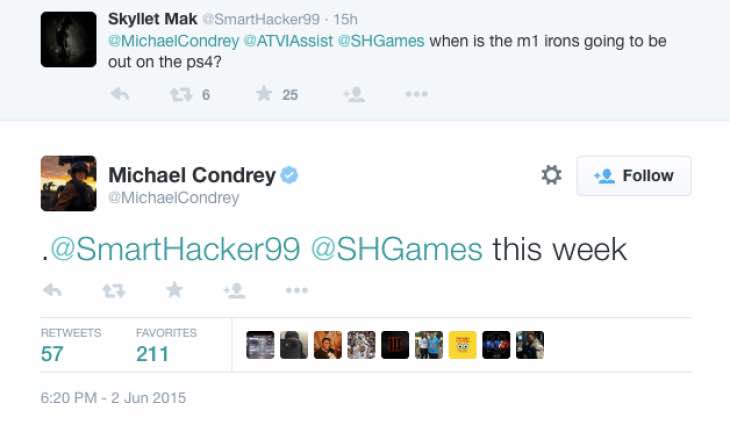 It’s been confirmed by SH Games Co-founder Michael Condrey hours ago as you can see from his reply to a fan on Twitter.

That means we don’t have long to wait at all until the M1 Irons is available on the PS4. For now, go and play with the gun on Gun Game and let us know what you think about it.

Do you think it is a little unfair that weapons are now being delayed on PS4, on top of DLC maps?