One month later, it is finally time for PS4 gamers to get their first taste of Call of Duty: Advanced Warfare DLC. We know that everyone is currently looking for the Advanced Warfare Havoc PS4 release time in the US and UK, but so far it looks like Sledgehammer hasn’t given an indication on when it will be available.

We always like to keep you informed with map pack release times, just like we did with the Xbox release which you can recap on here.

While there’s no set release time confirmed by Sledgehammer yet, we can tell you that COD map packs do tend to stick to a similar pattern each month.

Last month, we told you that the content would appear on the Xbox store around 1am Pacific Time, 4am Eastern Time and 9am GMT. This proved to be a good indication as the content did arrive around this period. 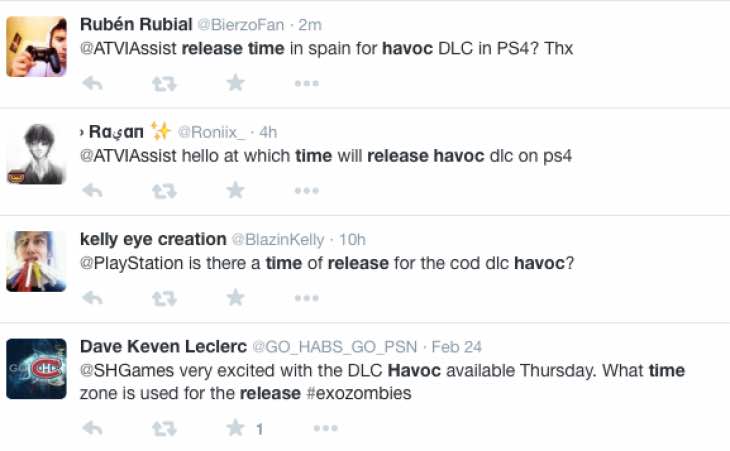 Of course, Sony won’t update their stores at exactly the same time but it is definitely worth checking the PS Store after midnight in the US and when you wake up in the UK.

What we don’t want to happen is PS4 gamers running into the same problems as Xbox gamers, in where the Havoc DLC wasn’t working straight away once installed.

If we hear of a set time for the release, we’ll update this but for now let’s prepare for the content together. Let us know once you have the content in your area and leave a comment below to help other gamers out.

Do you see the content in the store yet?

Update: Havoc is now popping up in the PS Store, after you download the new Advanced Warfare 1.11 update which is 1.53GB is size.