We knew that the COD Advanced Warfare Havoc DLC release time was coming at any minute and now we’re pleased to see that it has gone live early.

We have been updating our initial article with the release time, keeping COD fans busy with the latest info as it comes in from SH Games.

A Tweet sent out by one of the game creators revealed that the content would be out at 1am. However, a time was not specified and general consensus was that it was 1AM PST. 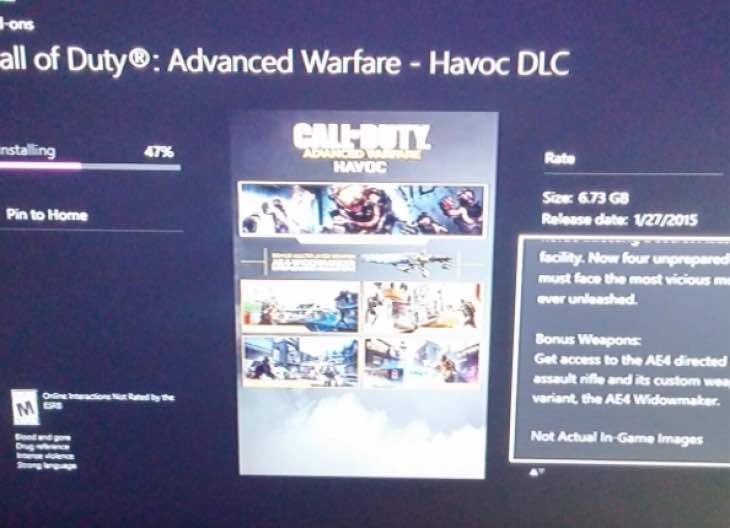 However, an image supplied by Product Reviews reader Westerfluff reveals that the content went live at around 1AM Eastern Time – actually earlier than that in fact.

We can confirm that the Havoc DLC file is 6.73GB in size, so it’s a fairly large download and may take a while to install depending on your connection.

For those asking how to download the Havoc DLC in store, head to the Advanced Warfare DLC advertising section, then from there you should be able to locate Havoc and start installing yourself.

So there we have it – it should be live for a lot of you right now! Let us know if you are installing as we speak and what you are going to play first.