With Sledgehammer Games now confirming a June 2nd release date for the Advanced Warfare Supremacy DLC map pack, we can see that players have now switched their attention to asking when will be the next Double XP weekend for COD AW.

It seems that excitement appears to have gotten the better of many players, as we can even see demands asking for SH Games to activate Double XP for this weekend starting from Friday May 29.

However, with Supremacy launching next week with the maps Kremlin, Parliament, Compound, and Skyrise – we say it is much more likely to see a Double XP Weekend for the Supremacy weekend of June 5. 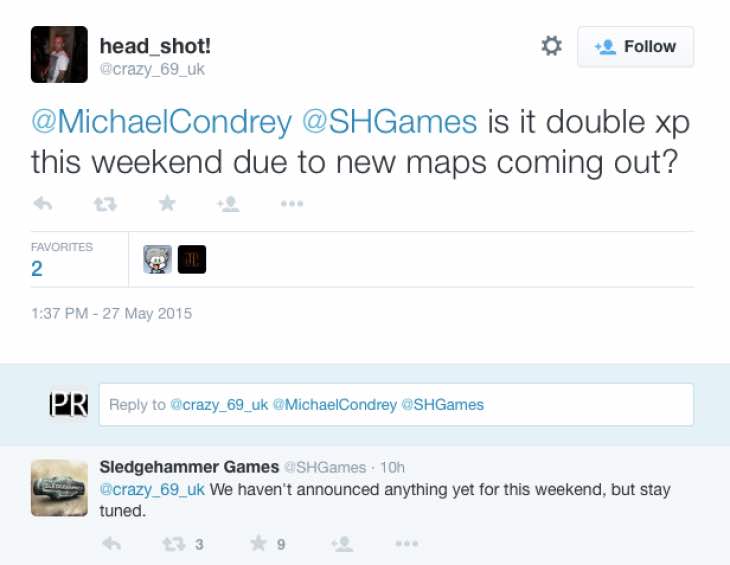 It wouldn’t make sense if they gave players Double XP this weekend and nothing for next week so we would just say to hold on tight.

With four new multiplayer maps to play, as well as episode 3 of Exo Zombies which we now know will be called ‘Carrier’, it’s going to be a weekend to savor next week.

Do you have your season pass at the ready, or will you be buying this as a standalone purchase? Let us know if you are also waiting for Double XP to arrive in celebration of Supremacy.