The names of each Call of Duty Advanced Warfare map pack has been made clear by Sledgehammer Games for a while, but the release date for each DLC hasn’t been listed on the official website.

You can see the current HAVOC DLC listed in the screenshot below next to ASCENDANCE, which is the next downloadable content. We heard directly from Sledgehammer this week in regard to the map names for ASCENDANCE, also the March 31 release date was given for Xbox One and Xbox 360. Pictures teasing the Chop Shop, Climate, Perplex, and Site 244 maps can be seen in our earlier article. 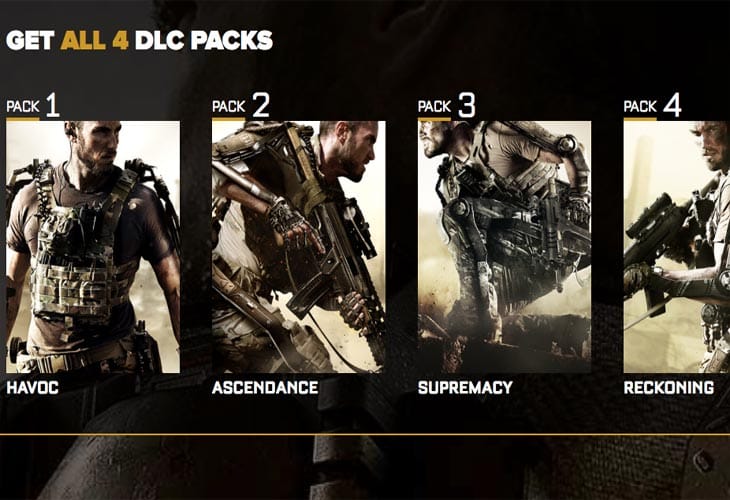 Call of Duty AW schedule for 2015 DLC – while nothing concrete has been given in regard to dates, other than the ASCENDANCE pack launching on Xbox in 9 days, we can use past data to predict dates. In fact, this blog did just that last year and got the March 31 date spot on for pack 2.

Other Xbox release dates predicted include SUPREMACY DLC pack 3 on Tuesday, May 26 and RECKONING pack 4 on Tuesday, July 28. In regard to the PS4/PS3 dates, ASCENDANCE is predicted for Thursday on April 30, SUPREMACY on June 25, and finally RECKONING on August 27 right before the next COD game in 2015.

What’s your thoughts on this Call of Duty Advanced Warfare DLC schedule and have you enjoyed the first map pack? It’s good to remember that the above schedule could be impacted by unforeseen circumstances, as such delays will always be possible for Xbox and PlayStation.