There’s two possible dates for Call of Duty Advanced Warfare Reckoning, also known as the DLC 4 map pack that will go live first on Xbox One and 360. Back in March, we had a very early look at the COD Advanced Warfare schedule for DLC in 2015 and the Supremacy predicted date had been just one week out due to Sledgehammer Games changing the expected download date to the following Tuesday.

This clearly shows that Advanced Warfare Reckoning DLC 4 will almost certainly have a release date on July 28, or Aug 4 2015. Considering the one week difference with Supremacy, our bet is on Aug 4th being the most likely date. This leaves room for COD AW DLC to release on PS4 and PS3 just before Black Ops 3 arrives, although next year it’s the PlayStation platform that gets DLC first due to sales momentum. 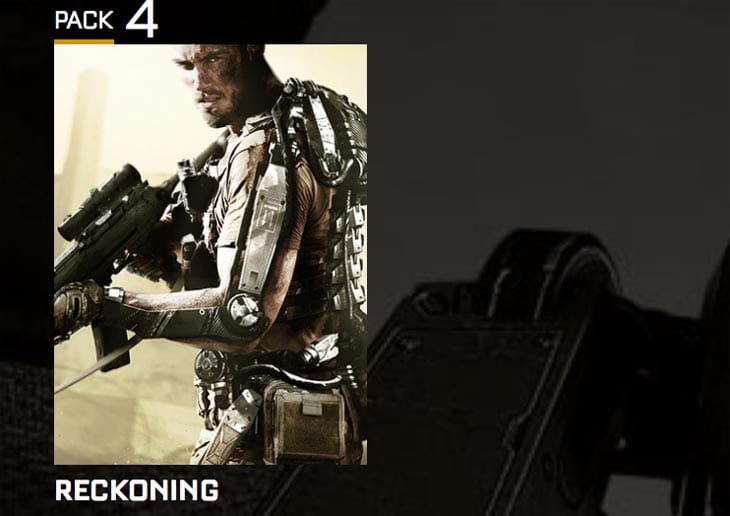 There you have it, you can expect to download Advanced Warfare Reckoning DLC on either July 28 or Aug 4. This is either 4 weeks or 5 weeks today, but are you ready yet for more multiplayer maps and the Exo zombies story to continue? Also, how would you like to see zombies change once again, especially after such great new perks and modes in zombies map 3? You can expect a new trailer for Reckoning DLC 4 at the end of this month.

Whatever happens with the eventual launch for Advanced Warfare’s final DLC, we won’t get official confirmation until the end of July.