The Call of Duty Advanced Warfare Descent map has been live for just a few hours and glitches for invincibility are already being revealed. We have been hands-on with the Xbox One version and haven’t tried this god mode glitch for the new Descent zombies map yet, although the video below showcases how it works on the Xbox 360.

Considering the new COD Advanced Warfare Descent map released on both Xbox One and 360 today, it’s almost certain the zombies cheat will work with both platforms. We will be confirming this later today, leave a comment if you have tried already on Xbox One, and of course remember these invincibility glitches normally get a fix within the next patch notes. 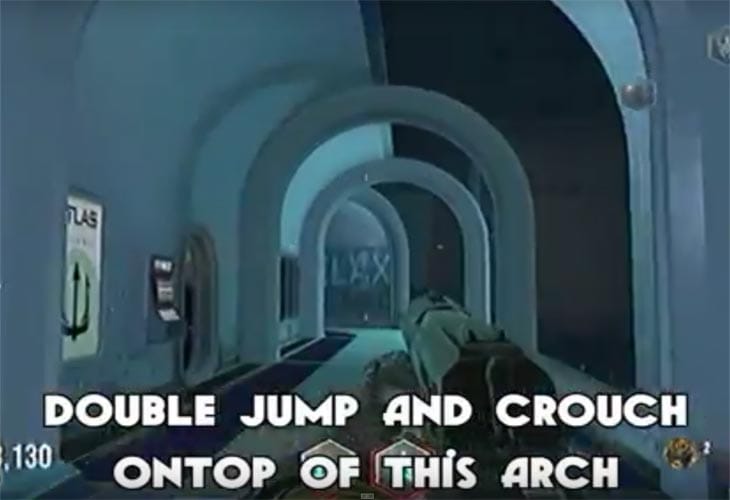 There’s likely going to be more glitches found over the next 24 hours, as always with new Advanced Warfare maps. The Descent map is no different, so if you don’t mind taking the easy road, then give this glitch a try to be practically invincible by jumping to the ledge shown within the screenshots on this page.

Have you tried this COD AW Descent map glitch yet and if so, did it work for you? Having tried these invincibility glitches before, they do get boring after a few rounds and you wonder “what’s the point”. Of course, this can also ruin the experience for other players online when taking the harder route to lasting the most rounds while killing zombies.