There’s a new Call of Duty trailer today for Advanced Warfare EXO zombies that includes the CEL-3 Cauterizer gun. This is an exclusive revealed to the world within the last couple of hours on both Call of Duty and Sledgehammer Games Twitter accounts.

The new trailer is showcased in the video below that goes behind-the-scenes with COD Advanced Warfare Havoc DLC. You can clearly see a first look at the four new Multiplayer maps and Exo Zombies, which feature the CEL-3 Cauterizer zombies gun. 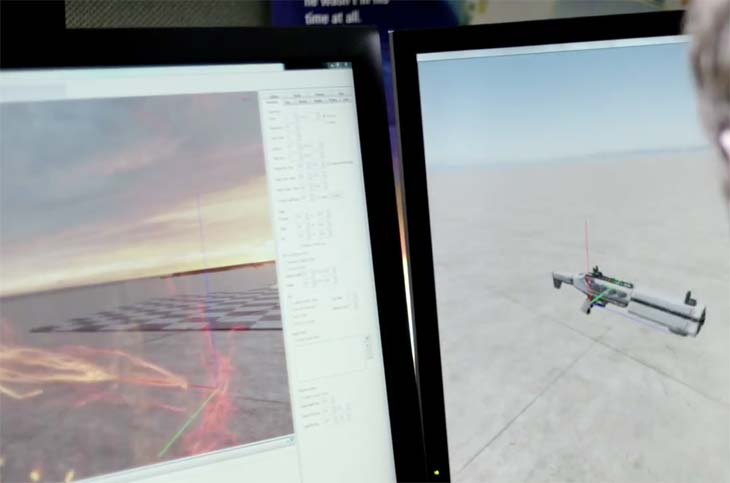 We have featured a few screenshots on this page taken from the new trailer, although these only highlight this new weapon revealed today and included in the first chapter of Exo Zombies. 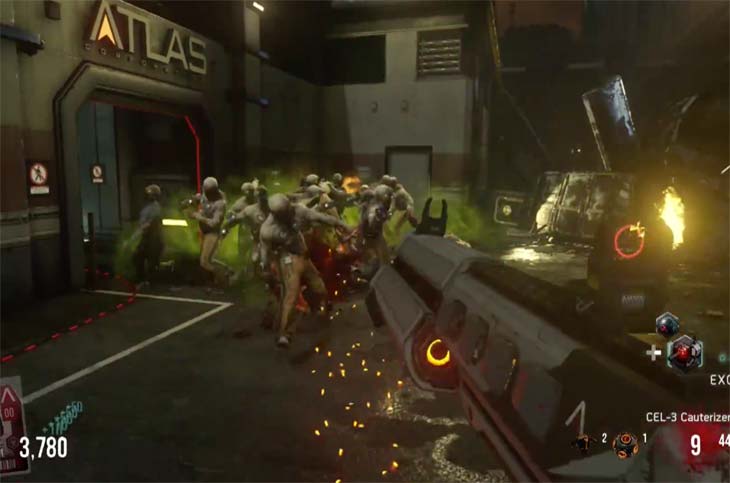 What’s your thoughts on the new COD Advanced Warfare CEL-3 Cauterizer gun, which is included in EXO zombies Havoc DLC? You can see how the weapon works and spins around when shooting zombies at 3 minutes within the video below. There’s also the AE4 Widowmaker that’s playable in multiplayer.