If you are an Xbox One Advanced Warfare player, there’s a high chance that you are enjoying playing with the CEL-3 Cauterizer shotgun in multiplayer – yes, that wonder weapon from Exo-Zombies.

Naturally, many fans want to know when is the CEL-3 Cauterizer out for PS4. As usual, PS4 owners will probably have to wait around a month for the weapon as per Activision’s deal with Microsoft.

For PS3 owners though, the situation looks to be a bleak one as the Advanced Warfare CEL-3 Cauterizer PS3 release may never happen. 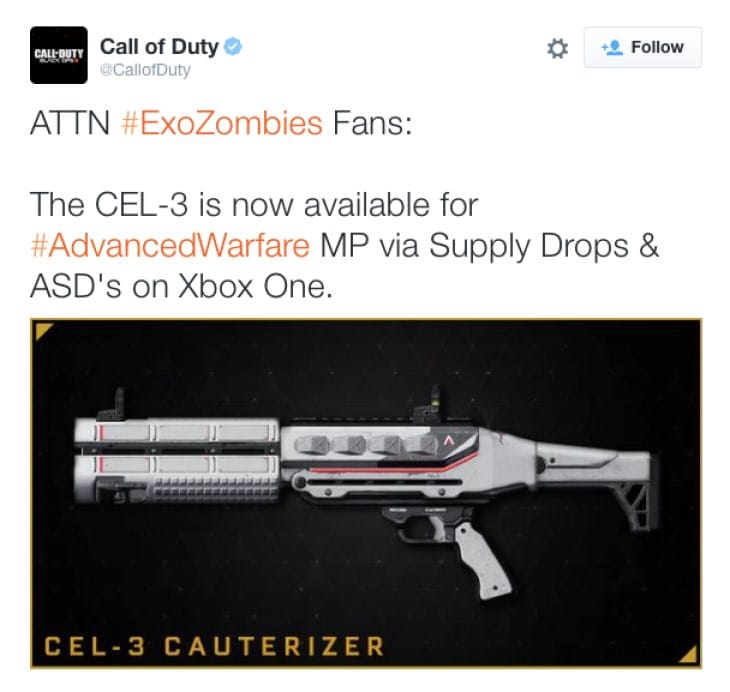 Many fans are under the impression that the weapon isn’t coming, with one reason being that the PS3 hardware, as well as Xbox 360 hardware for that matter – cannot handle these new variants.

Sledgehammer has yet to confirm whether or not the CEL-3 Cauterizer is coming to PS3, but fans are certainly asking them the same question every day on Twitter. 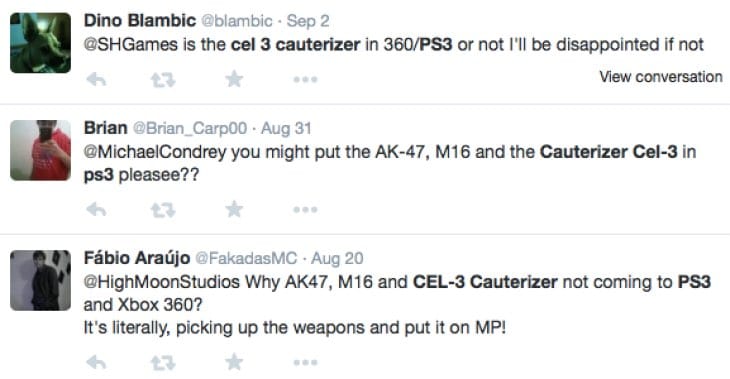 Meanwhile for those that want to know how the weapon translates from Exo-Zombies into multiplayer, watch some mouth-watering gameplay of the CEL-3 Cauterizer below and let us know what you think.

PS3 owners, would you be angry and upset if the CEL-3 Cauterizer doesn’t come out for your version and Sledgehammer reveal that it is next-gen only?