Those playing Call of Duty Advanced Warfare today will be able to get hands-on with some new Gear Drops, which Sledgehammer Games gave some insight way before March 17. The COD Advanced Warfare Atlas Engineer is clearly featured within the image below, so dedicated players might be interested in earning this new set of gear in the game from today. It will be worked into the supply drop rotation, just like other gear drops have in the past.

Of course, if Sledgehammer Games add some Double XP to the mix for Advanced Warfare this weekend, then I’m sure many of Product Reviews readers will love that as well. We will learn a lot more about the new Atlas Engineer gear drops from today, especially after seeing some gameplay from early adopters that just can’t enough of the latest Call of Duty. 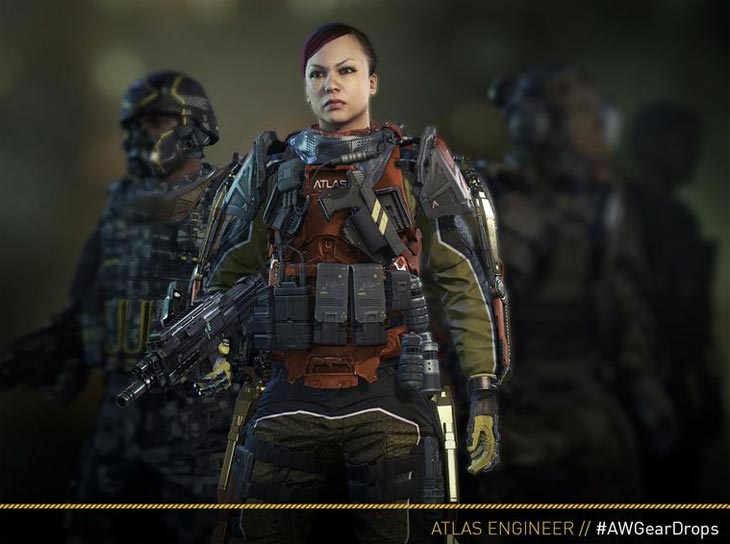 Have you seen the Atlas Engineer gear appear in COD Advanced Warfare yet? The release time isn’t clear right now, so if you do see the new gear live in the game then share your location and when you first saw it within the comments. We are sure there will be an announcement on Twitter in regard to the Atlas Engineer gear being live, although this hasn’t happened at the time of writing.

Let us know what you think about the complete set, as seen in the image above. Also, we’d love to know if this is something you can’t wait to get hands-on with? We will be giving it a once over today as well, so happy gaming all.

You will soon see new Advanced Supply Drops that can be purchased at the official store. There will be a limit on how many you can purchase at once, also the packages will include one type of weapon and three items, which is perfect for those getting frustrated with the packages they receive in-game.