While we have been able to download the new Ascendance DLC for Advanced Warfare without any problems, we’ve been seeing some complaints that the download isn’t working for others.

Some gamers are frustrated that they can’t download the Ascendance DLC on Xbox One, even though they have the Season Pass – with the Marketplace telling them that they still need to pay for the new content.

We remember this exact problem happening with the Havoc DLC and it appears that the same thing is now taking place with the latest pack. 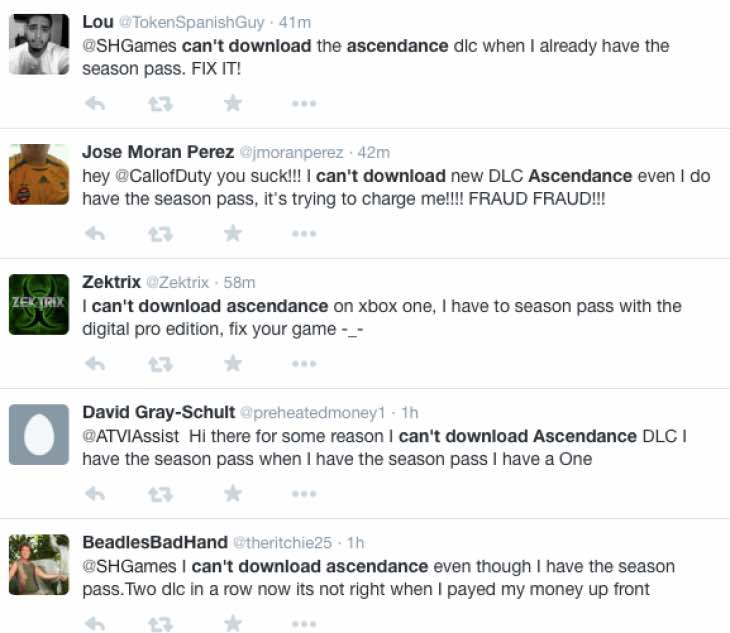 A quick look on Twitter confirms that others are having the same issues as well and so far, there’s been no word from SH Games on a potential fix.

With the Havoc download, we remember that this fixed itself after a few hours so it could just be a case of hanging tight until the new Ascendance content is fully compatible and accessible for those with the Season Pass.

When we hear more we’ll update this, but for now let us know if the Advanced Warfare Ascendance DLC download is not working for you, or if you’ve been able to install without any issues.