The Call of Duty Advanced Warfare Ascendance DLC 2 release date has finally been revealed with maps Perplex, Site 244, Climate, and Chop Shop. The news came thanks to Sledgehammer Games delivering a quick update on their Twitter account within the last 3 hours. As per normal, you need to own an Xbox One or 360 to get hands-on first and the download date is March 31, 2015.

Interestingly, we only reported this morning that a trailer was past due for COD Advanced Warfare Ascendance and more details on the DLC 2 maps, so this is great news for us and many of our readers. 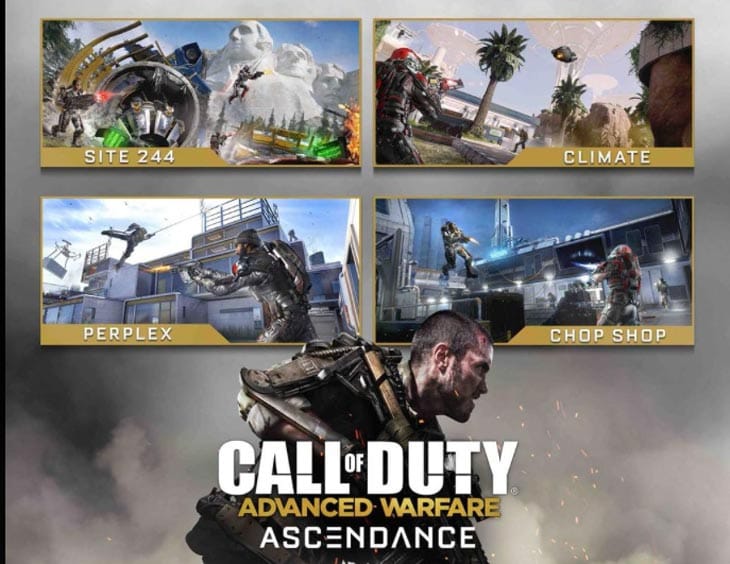 The new Advanced Warfare maps within Ascendance might include Perplex, Site 244, Climate, and Chop Shop, but little else is known at this time. More details on these multiplayer maps will arrive as we move towards the March 31 release date for Xbox. Also, they revealed the Exo Zombies Infection map 2 within the graphic shared to Twitter.

We have included some more pictures for each of the Advanced Warfare DLC 2 maps below, take a look and share your thoughts.

What’s your thoughts on the new Advanced Warfare Ascendance DLC map names and will you be playing at the end of this month? Take a look at the teaser details shared within the images above and below, then let us know what you want to see within each of this maps.