Attention all Advanced Warfare players now, as we have confirmation of a new COD AW update 1.21 today for PS4 and Xbox One on September 29.

We are pleased to bring you the full AW 1.21 update notes on PS4 and Xbox One early as Sledgehammer has already revealed them on their forums – the new AW update today is around 6GB in size!

It’s just as well, since the in-game notes don’t show anything at all this time around – only to tell gamers to head to their website for further info.

Now, those details can be found with the full Advanced Warfare 1.21 patch notes. It looks like this is a balance update rather than one with new features. 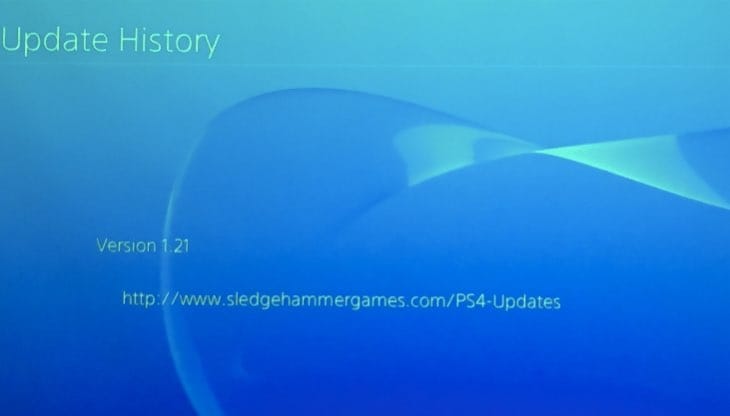 Some key changes include map exploit fixes where players could remain in place and not be attacked by zombies on the Descent Exo-Zombies map, while one big multiplayer fix is no more exploiting and getting out of map on Fracture and Parliament.

Take a few minutes to read through the full changes over at the official forums and tell us what you think of the new AW update changes today.

Simply put, this is going to hit those exploiters hard so many will be happy with today’s update even if we aren’t getting any new features yet.