We are downloading the Advanced Warfare update file right now on PS4 with a file size of 3.55 GB, although the full patch notes haven’t been published by Sledgehammer Games yet. We will list the notes given on our PS4 system after the patch is installed, which we can access by clicking “Update History” on the AW game icon. 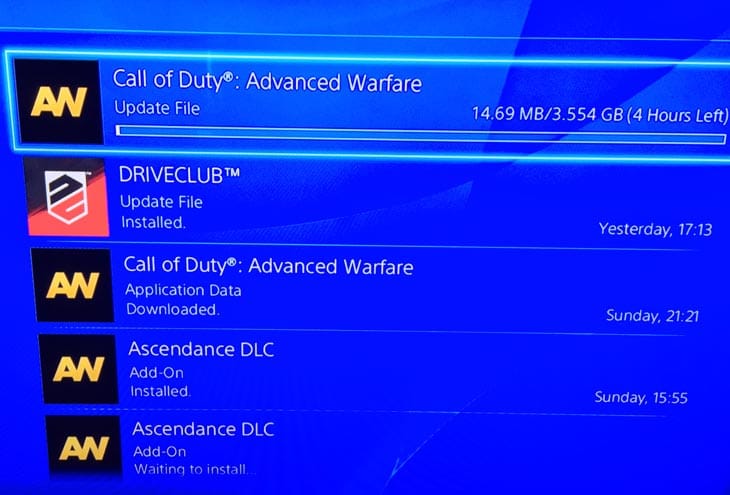 The screenshot above highlights the 3.55GB PS4 Advanced Warfare download and this is taking some time, especially considering our broadband connection is 54Mbps. The slower than normal speed shouldn’t be related to demand for Xbox One Supremacy DLC, so hopefully things will speed up and we will add a screenshot for the patch notes shortly.

It’s also worth mentioning that system notes might only list “bug fixes”. You can access the full patch notes for the PS4’s Advanced Warfare 1.17 June update at this community page on Call of Duty’s official website. 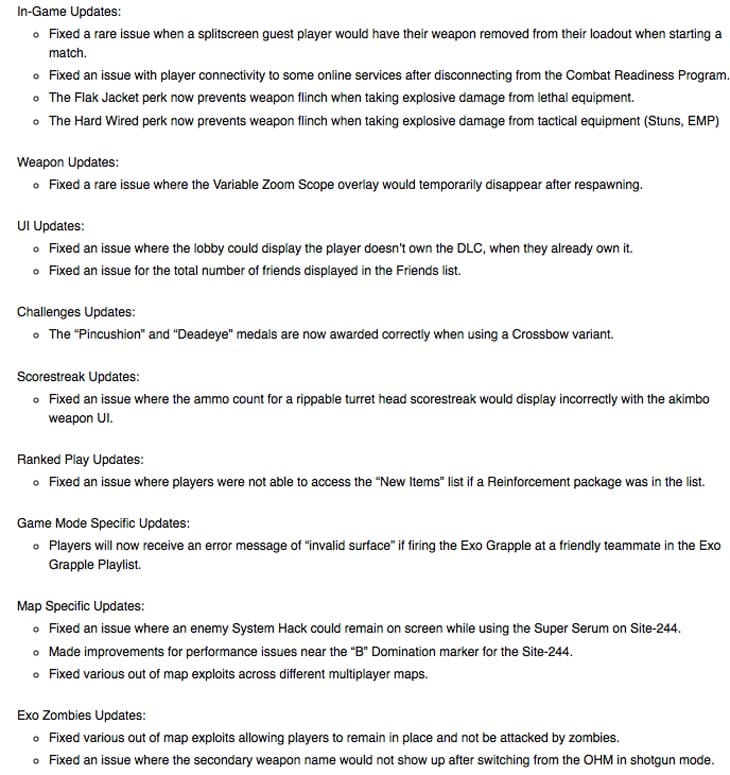 Update: The PS4 patch notes are live and can be seen above. This includes many bug fixes and rare issues like out of map exploits in Exo Zombies.