If you have just updated to the latest version, you are probably looking for the AW 1.16 PS3 notes to see what changes SH Games has made to the game compared to 1.15.

Thankfully, we can bring you the official Advanced Warfare 1.16 PS3 patch notes direct from SH Games as the developer has now posted them in full on their forum. 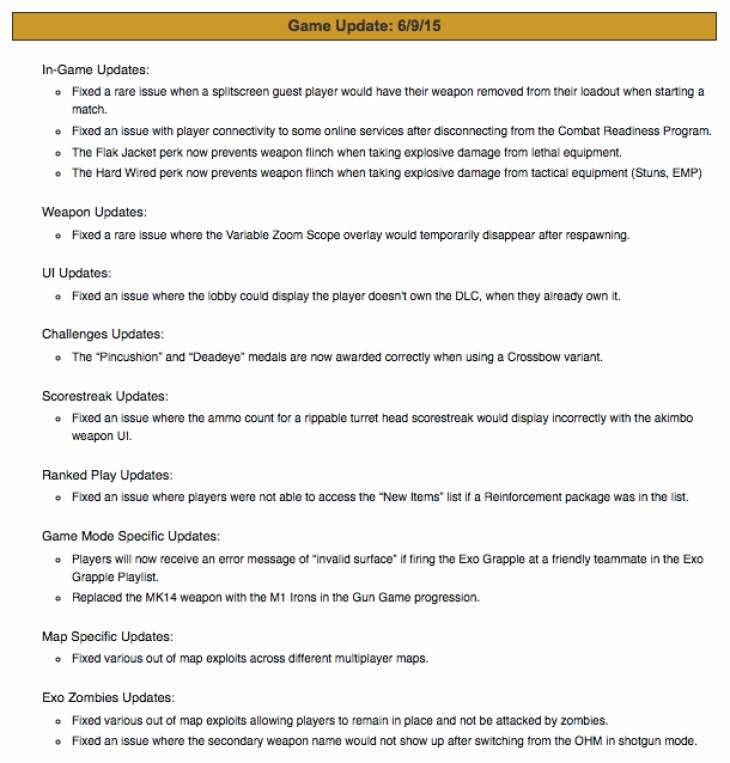 They include changes such as a fix for when a splitscreen guest player would have their weapon removed from their loadout when starting a match.

There’s also an Exo Zombies exploit fix, for the players that were able to not be attacked by zombies – it’s not going to happen after this update sadly so you’ll have to play fair like the rest of us.

There’s plenty of other changes as you can see detailed above. Read through them and give us your reaction to the new AW update on PS3 today – it should be live in all regions by now.