As we told you in an earlier article, the AW 1.14 PS4 update has now gone live for Advanced Warfare. Now, we look at how this specifically affects Exo Zombies as there has been some key changes to gameplay after the March 11 update.

To start off with a big change, we are pleased to tell you that you can finally pause Exo Zombies in a single-player private match!

This had been a long winded request from the community and it’s great to see that SH Games has implemented it after listening to feedback.

We also see that SH Games has fixed Exo Zombies PS4 map exploits in AW 1.14 which previously allowed players to go outside the map and cause trouble by essentially being invincible. 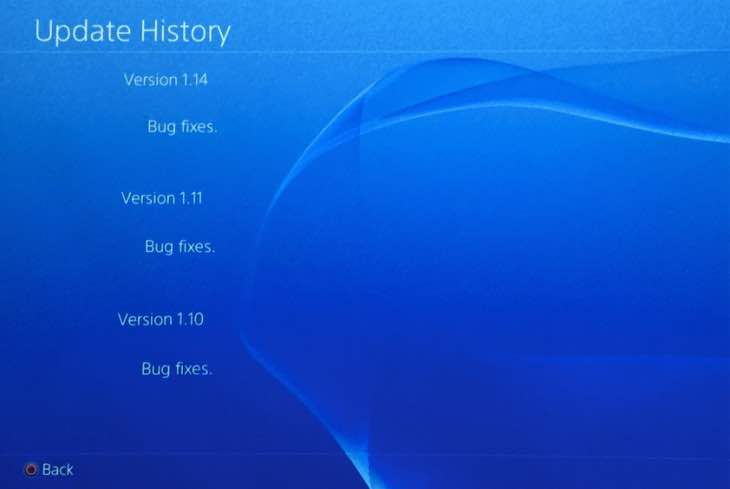 You can now skip the Exo Zombies intro movie which is a lovely addition, while the developers are also promising more improvements to the ongoing issue where players were not able to join a match together whilst in a party.

Check out the full AW 1.14 patch notes for Exo Zombies below and let us know what you think about the changes. Overall, we think it’s a great update – especially with the ability to pause solo Exo Zombies matches and skip that intro after being forced to watch it hundreds of times.

What would you like to see for the next Exo Zombies update, are you satisfied with what SH Games has done with the franchise after Treyarch? 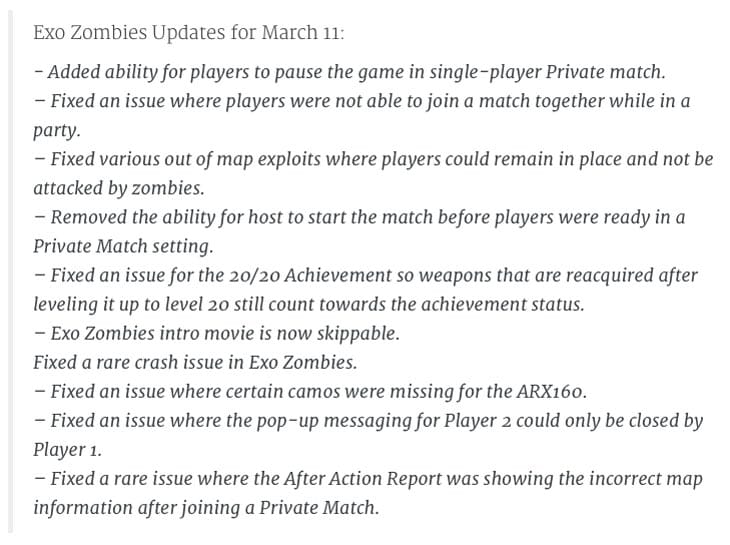