As most of you know, many PS3 Advanced Warfare players have been unhappy with Sledgehammer, given the fact that next-gen versions of the game on PS4 and Xbox One are being prioritized.

Some have accused the developer of ‘forgetting’ about PS3, but as we can see with the update today – this is not the case. Below is confirmation that the Advanced Warfare 1.05 PS3 update is already hitting some users, with many asking for what changes have been made. 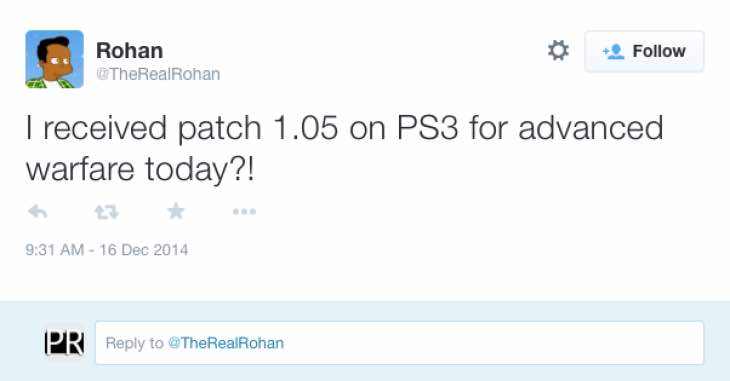 Top of the agenda of course is a fix for persistent Advanced Warfare PS3 freezing problems, an issue which we have spoken about in detail before. There’s also lag issues that are affecting the PS3 version, so hopefully when the patch notes are live we will be able to see some welcome fixes. 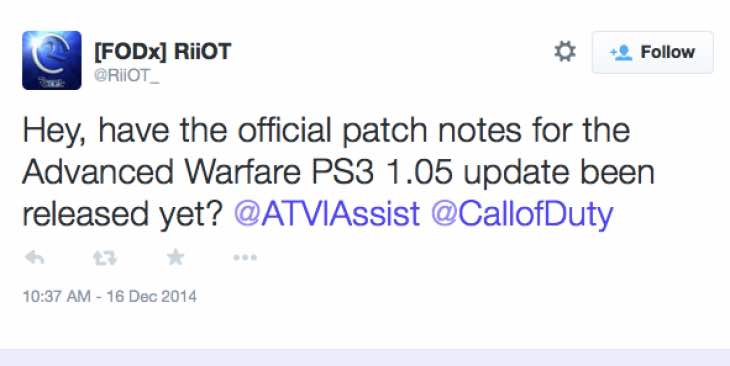 Right now, let us know if you have already received this update within the last hour in your area. What have you spotted in the game compared to the previous version?

We’ll update this when we have the notes for you.