Our first shock came when we realized its been 5 years since the first Cars film was released, and the buildup to Cars 2 has included excitement from kids and good marketing by those promoting this sequel. As a parent of a little boy that loves all things “Cars”, the movie was a must see and also turned out to be something the whole family enjoyed.

When we had a chance to review the Cars 2 game it was a no-brainer, which I also saw as an opportunity to get some insight from the adult and child perspective. Developed by Avalanche Software and published by Disney Interactive, Cars 2 lets you race as characters from the movie in a third-person point of view.

It’s hard to feel negative about a game that puts a big smile on faces of children that have Cars toys, PJ’s, clothes and now a videogame. So when playing the game I took onboard the fun fans get from everything that is Cars, and also looked at the graphics and playability. After enjoying Toy Story 3 the game for many hours, our expectations are higher than normal for a movie tie-in. You’ll start Cars 2 with the New Agent Training mode, which means getting comfortable with the basics of racing and learning the tricks you can perform to help you gain pole position. 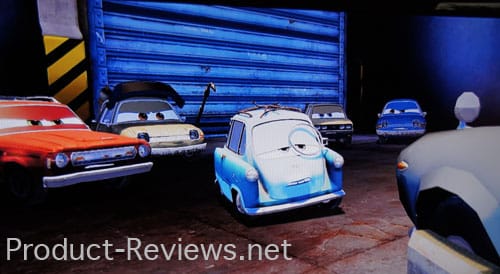 I would recommend you see the Cars 2 movie before playing the game, and this is thanks to the close tie-in to the movie. Those that develop a game based on a movie do not have much development time, so you’ll not see originality and should expect most of the game to resemble the movie closely. This can be a bad thing for some gamers, but for us it’s perfect, bringing back memories of the movie for that feel good factor. If you loved Mario Kart then Cars 2 will be a winner for you within the first 30 minutes, but there is so much more to this game than just racing. 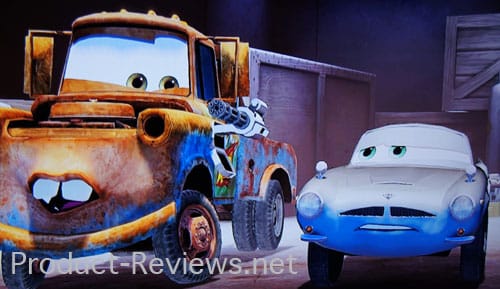 Most kids these days want to play a game with a gun, which is not too far away from my childhood when games were blocks on the C64, and picking up a toy gun was extreme fun. Today you can race a car with graphics that were not imaginable when I was a child, and better still you get weapons to use while racing. Cars 2 features satellite lasers, missiles, and other guns attached to the cars. This is fun for both the child and adult. 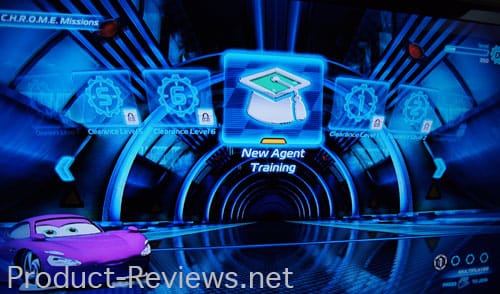 The first real race we undertook was “When Life Gives You Lemons”, which is set on an oilrig. Those that have watched the movie know this as the home of “Lemons”, cars that were made with problems since the moment they were built. Our first impressions of the graphics were one of satisfaction; the characters look good, although not up to the standard of animated cinema. You’ll have the choice of 25 characters to use in races, but you’ll need to unlock most of them. One nice touch at the start of races is the way a camera swings around your car, giving you a taste of your character with a touch of motion blur. 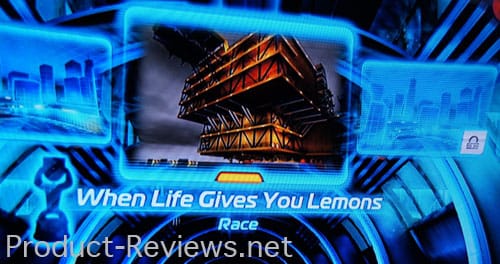 Just racing alone is fun but as things get tougher you’ll need to learn some tricks to gain turbo boost and other extras. Learning where the shortcuts are was key to us winning many races.

The true fan will be entertained for days, but as an adult I was surprised for a number of reasons. Firstly was the games difficulty, after the first few stages were out of the way, races got harder very quickly that even I had trouble completing. As a keen GT5 and Forza Motorsport gamer I did not expect some of the extras in Cars 2 that keep you hooked, which kept us playing for longer. This included gaining extras for drifting like energy turbos, collecting badges and crests. The achievements are vast and include things like using 15 turbos in a single event, driving through 10 fruit stands in the Italy area, spending 5 minutes drafting cars, and some harder tasks like hitting the chase car 25 times with any weapon in Survival mode. 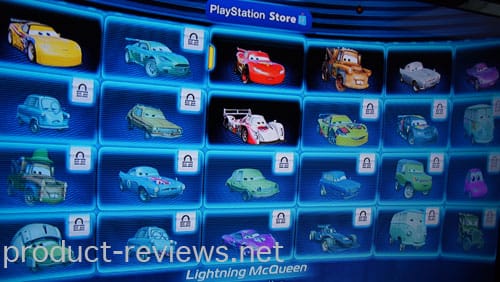 These extras add another level of depth to Cars 2, which kept not only my little boy happy and entertained for longer but also other adults, including myself. Those so-called hardcore gamers should not rule out Cars 2, it is at least worth a rent for a week. The PS3 version we tested also includes “World of Cars Online”, which lets you connect online to earn more rewards and spy points. You will need to visit worldofcars.com and set up an account, before being linked with your games system. 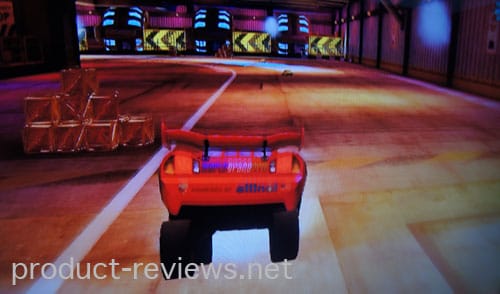 Our only disappointment with Cars 2 was the lack of online multiplayer, in this day and age all games should connect online but other than playing a local four player game, its pretty disappointing. We expected but did not receive the ability to compete with other players all around the world, and sadly this will mean that trade-ins could happen sooner rather than later. 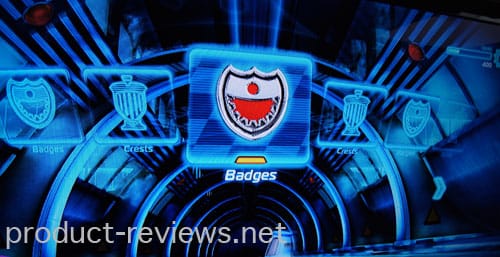 While most children should understand that this is “Just a game”, we did explain that shooting missiles at automobiles was not real life, unless you’re a secret agent like in C.H.R.O.M.E — this led us to explaining MI5, MI6 and being asked question after question. Cars 2 is not only about racing, you will get to perform other fun mini games like collecting shields while trying to avoid a laser cannon, which is another cool part of the movie. 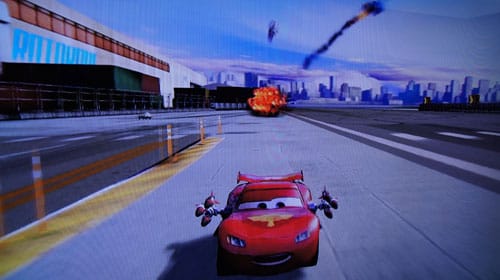 In Summary: We have been playing Cars 2 for around a week now, and can definitely recommend to both adults and children, especially those parents that had to sit through the movie multiple times. Unlocking the different characters, badges, crests, and performing the challengers along the way is both fun and difficult. The game has a solid solo experience but left us wanting multiplayer. No doubt some gamers will prejudge this game as another movie tie-in blunder, but they would be wrong.

You can see more photos below and also two videos. The first is an official Cars 2 game trailer from Disney Pixar, and the second video shows the first 15 minutes of gameplay. 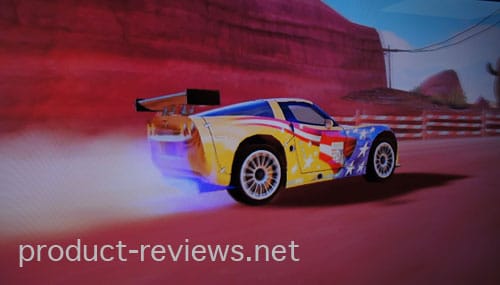 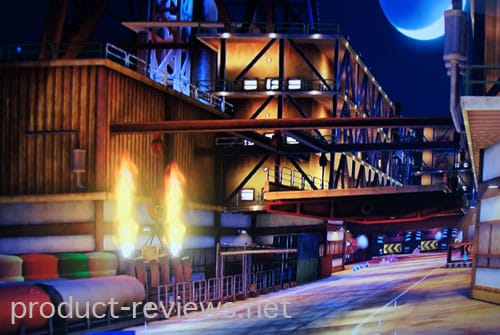 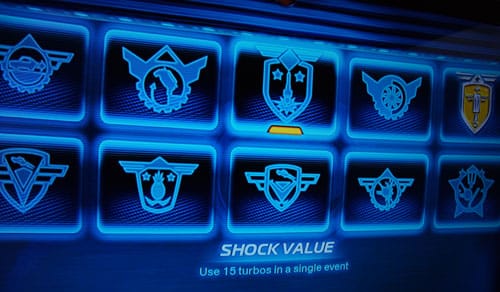 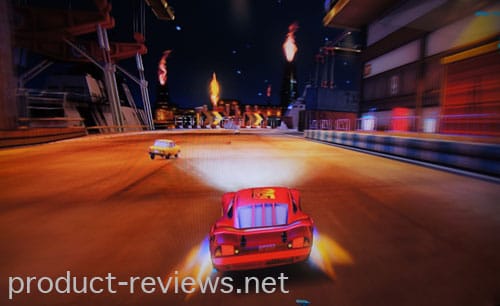 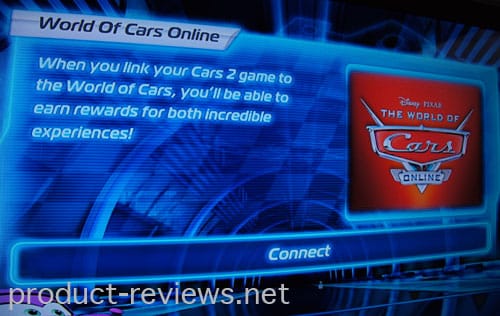 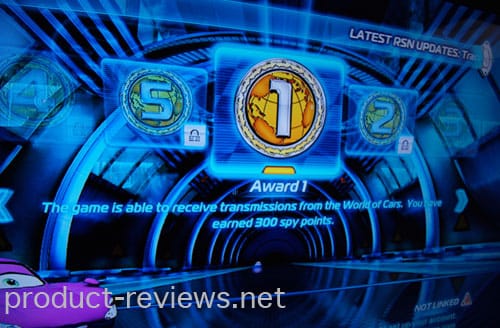 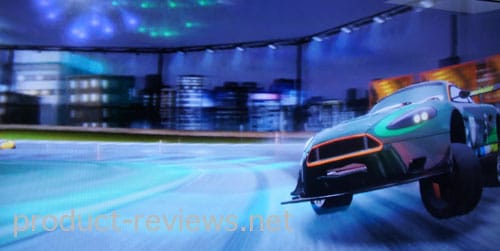