Gordon Murray’s legacy car was the McLaren F1, and knowing that Adrian Newey is pretty much the best aerodynamicist out there, it stands to reason that he would want to create a legacy with a road car, and not just on the race track. Newly has been spending less time at race events, as he already admitted to be interested in other areas, such as boat racing, although we know his passion truly lies with race cars.

It now looks as though we can finally see an Adrian Newey designed Red Bull hypercar, although the F1 team and the aerodynamicist will be getting some help along the way from Aston Martin. This is said to be the next-generation of hypercar, and so we should expect something truly amazing.

While Aston Martin and Red Bull may have confirmed that they are working on a project with each other, and the help of Newey, other details are nonexistent. We already heard rumors of this project last summer, but it’s finally been made official by both parties. 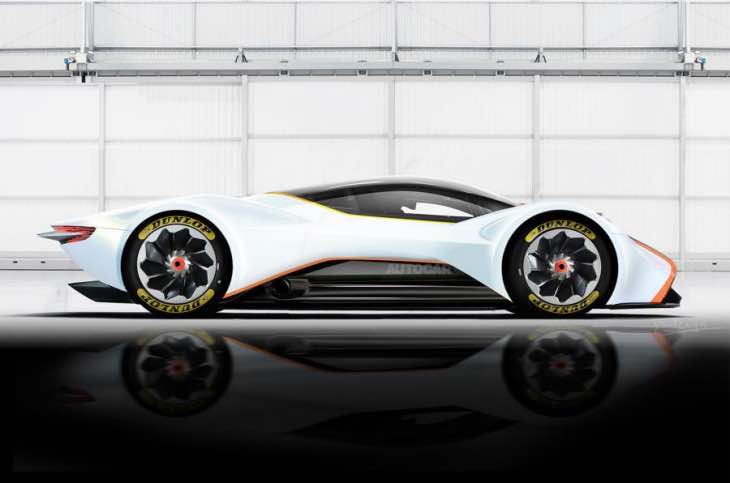 What can we expect? Autocar reports that this Red Bull supercar, or hypercar as it will more than likely be will offer superior acceleration, and a high top speed, although not sure if it will be able to beat the Bugatti Chiron. Having said that, with Newey onboard, you know that it will have superb on-track performance because he is able to get the most from what’s possible – especially as he will not be constrained by tough, and often silly Formula One regulations.

While most of us will see this as a Red Bull because of the use of F1 expertise, the car will be badged as an Aston Martin. Its current codename is AM-RB 001, and so will look like an Aston Martin on the inside, although we suspect its exterior design will be radical.

Aston Martin/Red Bull hypercar release – We should expect to see some sort of mockup or concept in the next few months, with a possible release date set for 2018 – although this is only a rough timeframe, as we all know how projects such as this can fall behind.