Adobe’s Flash Player 10.2 update may have been in beta testing for three months, but it looks like the developer finally decided that it was time to make it an official update. The download — which includes key features such as font smoothing and hardware acceleration — has now gone live.

As Erez Zuckerman over at downloadsquad.switched.com notes, there are many reasons why the Flash Player 10.2 is a worthwhile update including the fact that it now supports Internet Explorer 9’s hardware acceleration capabilities, and features full-screen support for multi-monitors.

However, one of the main features included in the 10.2 update is the new Stage Video API. The Stage Video API allows high-performance video playback across multiple platforms. However, as it is not just a client-side change, developers will have to build in support for Stage Video. 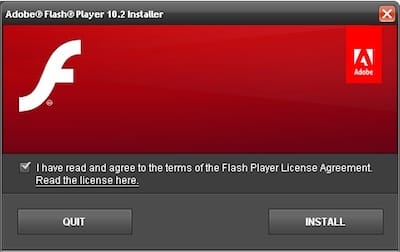 Adobe has noted however that websites such as Brightcove, Vimeo and YouTube are already working on adding the support. You can read more about the Stage Video API feature via the adobe.com website, and download the Flash Player 10.2 update via the Adobe link here.