There is not long to go before the start of the 2015 LA Auto Show, and so we have already seen a few vehicles being revealed early as a little teaser. Another reveal was the Honda Clarity Fuel Cell, which we now have additional details to share. However, try not to get too excited, as that all-important Honda Clarity Fuel Cell price is still MIA for the moment.

However, we can tell you that the Clarity Fuel Cell release will be late in 2016 in California, and while no pricing details were shared, Honda does tell us that it will be competitive.

The most important details to come from Honda in regards to the upcoming Clarity Fuel Cell, is the foundation for the next-generation plug-in hybrid electric vehicle from the Japanese carmaker, which is expected to hit the market in 2018. 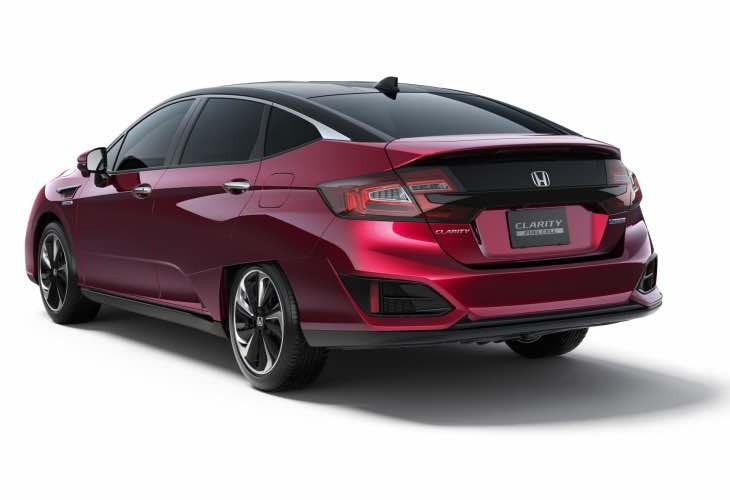 We’re told that the Honda Clarity Fuel Cell range will be in excess of 300 miles and will give off zero emissions thanks to the technology being used. The reason for this increased range is because of its larger fuel cell stacks which is 33 percent more compact than the current model.

There is also a 60 percent increase in its power density when compared to the Honda FCX Clarity being replaced. What’s even more clever is how the fuel cell is the size of a V6 engine, and so fits under the hood like like a normal engine.

Honda Clarity Fuel Cell saying importance – The exterior design of this new model is so important because it helps to reduce drag with its low, clean lines. However, the interior is also a marvel with its defined, harmonious look and feel. Full details can be found on the Honda News website.