If you are a fan of word games, an easy to play but challenging game has recently been released. wordZAG 1.0 will keep you playing for hours and is available for owners of the iPhone, iPod Touch, and iPad.

Released by Reichert Games, LLC wordZAG is great for people who are fans of games like Scrabble and Sudoku. The game will challenge and provide great entertainment with its unlimited supply of puzzles.

Users begin the game by picking a level which includes 4, 5, or 6 letter words, and is then subsequently presented with an 8×8 grid with letters and blank spaces.

Then a player must put their finger on a letter and trace a path to form a valid word. If the word which is formed is valid the letters change color and are included in the word list. The game continues until the right amount of words is formed and all the letters used. 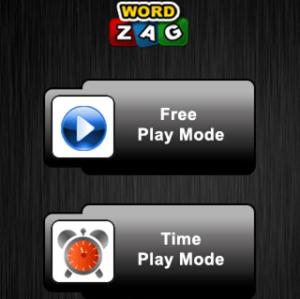 There is a clock which lets players know about the amount of time has gone, when a level is completed the time is recorded and displayed. You will find two game modes which include free play mode, where players solve puzzles at any level. In time play mode players go against the clock through one level at a time, and users are giving the game some great reviews.