It was back in April of last year that Acer held their event to announce a slew of new products. Some would say it’s long overdue for Acer to reveal their new 2016 product line, and they would be right, and so it’s good to know that this year’s event is to be held on April 21st.

Looking back to see what’s coming – The 2015 lineup consisted of new laptops, tablets and also smartphones, and so we expect the same this year. The Aspire laptop along with the Switch 2-in-1 hybrid ranges were updated with the latest hardware, and all-new design tweaks. These were the R11, along with the Switch 10 E SW3-013 and SW5-01. 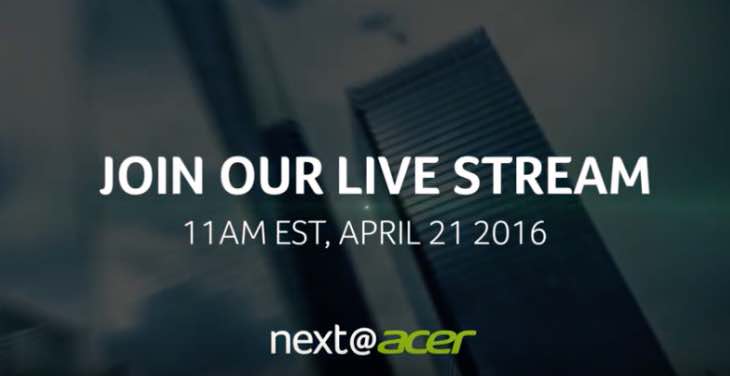 We could also expect to see an updated tablet, seeing as though the new Iconia Tab 10 was released last year with an improved display, and Android 5.0, and so we suspect that the 2016 model will sport a faster processor and also Android 6.0 Marshmallow right out the box.

It was also last year that Acer introduced the Liquid X2, which was an Android phone. However, we already know that Acer has a Windows 10-powered smartphone ready to release, and so they could share its availability.

There is also a possibility that Acer could reveal yet another new Chromebook, and a new line of 2016 Predator gaming displays.

Just like last year, Acer will live stream the event, which you should be able to watch either on their main website, or their YouTube channel.