AS we see more companies bringing out new tablet PC’s, the battle to be top dog in the tablet market is really warming up as they try and take on the Apple iPad. The CEO of Acer Gianfranco Lanci is certainly in a confident mood about his company’s chances of overtaking Apple with sales of tablets.

Joe Minihane of T3 is reporting that according to Lanci the offerings from Acer will overtake Apple to claim top spot within two or three years. Speaking to Digitimes he said that “Sales of iPad pushed forward very fast initially, but have slowed down in the past few weeks”.

He didn’t offer any proof of this though, and the iPad has sold a remarkable 7.5 million units since it was first launched earlier this year. He added “We hope our tablet PCs can reach a global market share of 10-20% initially, and become the market leader in two to three years.” Considering that Acer tablets are not due to hit the market until April 2011, his claims are quite ambitious, and the new iPad should also be available by then. 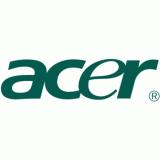 Currently Apple are enjoying a massive 95.5% of the tablet market, but others including Samsung with the Galaxy Tab are hoping to chip away at that figure. The coming months are set to be good for consumers who are in the market for a tablet PC; with more choice we should see competition in prices.

Do you think Acer have a chance of outselling Apple?