The release of the Acer Iconia Tab 8W has taken another step closer, as it has recently landed on the FCC website, which means there will soon be another Windows powered tablet on the market. We know that it will be released in November sometime, but seeing it appear on the FCC website is good news for those who have been considering purchasing one of these 8-inch tablets.

The device was first spotted at IFA 2014 alongside a number of other mobile devices, and will replace the Iconia W4. It will make use of Intel’s BayTrail-based Z3735G processor, which has a clock speed of 1.33GHz.

1GB of RAM is all that this tablet packs, although it is rumored that the iPhone 6 and 6 Plus also have just 1GB of RAM, although those devices are optimized to play nice with their mobile OS. 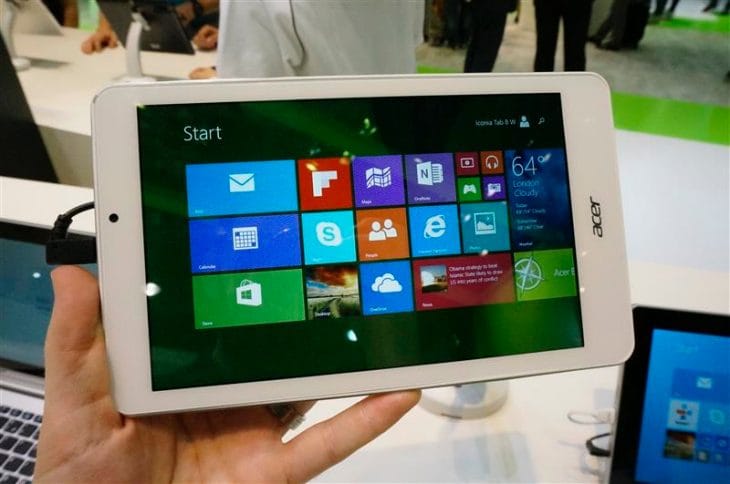 The 8-inch screen comes with an IPS display and a screen resolution of 1,280 x 800 pixel. The Iconia Tab 8 W shares something in common with the HTC One M8, and that is two speakers, giving it a fuller sound.

We said that this new Windows tablet will go on sale in November, and that is true for those of you in the US. However, if you reside in Europe, then you will be able to get your hands on the tablet one month earlier in October.