Acer has announced the Iconia Smart at the MWC 2011 event in Barcelona, and if you thought the HTC Desire HD was big wait to you see this. The device has a massive 4.8-inch screen with a 21:9 aspect ratio.

The handset will also run Android 2.3, which at present can only be found on the Google Nexus S. The device will be powered by a Qualcomm Snapdragon processor running at 1GHz according to David Gilbert over at Trusted Reviews. You will also find an eight megapixel camera which has auto focus, and a LED flash.

With the 21:9 screen you will be able to watch films in the proper cinema format, according to an article over at Techdigest. The HXGA screen has a resolution of 1024×480 allowing for internet browsing in landscape mode. There is also a two megapixel camera on the front, and is expected to become available by the spring. 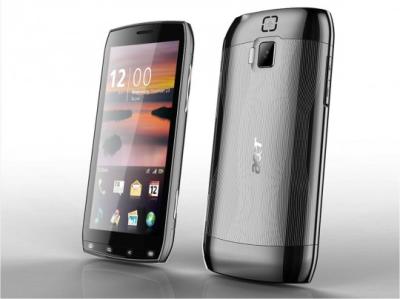 The team over at Engadget have managed to get some hands-on time with the handset, and said the actual feel of the phone was quite good. There are four buttons at the bottom which look flush, but they are actually proper physical buttons. Check the short Engadget video out below with the new Acer handset.