We have some exciting news for Acer fans now, as the company has just lifted the lid on a smartphone which is likely to be in their flagship category next year. We don’t have an official name yet, but we do have a good list of specs to give you.

As reported from Engadget, Acer has just sent out a press release about their upcoming handset, confirming that it will be available to buy in April next year.

It will be running Android OS, although we’re not sure what version this will be yet, hopefully OS 2.3 Gingerbread. Other features include a rather large 4.8-inch 1024×480 display screen, a 2MP front-facing camera, an 8MP back camera with LED flash, a 1GHz snapdragon processor, Bluetooth, WiFi and HSDPA support.

It is worth pointing out that the Bluetooth version is 3.0, while this Acer handset will also feature LED ‘edge lighting’. The specs are pretty tasty you’ll have to agree, we just need to wait for pricing information now.

Here is an official picture of the device, you can view the press release over at Engadget. Let us know your initial impressions of this phone. 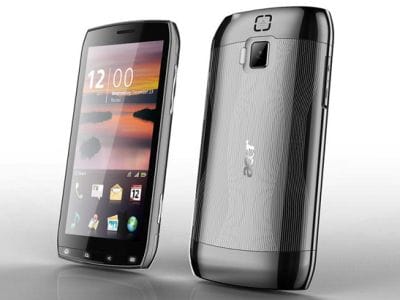