We first heard news about the upcoming Ace Combat: Assault Horizon game back in August last year, when Namco Bandai Games confirmed that the game was on its way. All we knew at that stage however was that the game would be launching for the Xbox 360 and PlayStation 3 sometime in 2011.

However, we now have another bit of good news for fans of the Ace Combat series, as Namco has recently released a brand new trailer and several screenshots for the much-anticipated title. As Jonathan Leack at playstationlifestyle.net notes, the Ace Combat: Assault Horizon game sees the series return to a modern setting.

The game will feature dogfights in cities such as Miami and Dubai and judging by the recent trailers, players can expect to see jets such as the A-10 Thunderbolt, the F-22 Raptor and helicopters such as the Apache Longbow included in Project Aces’ arcade combat flight game. 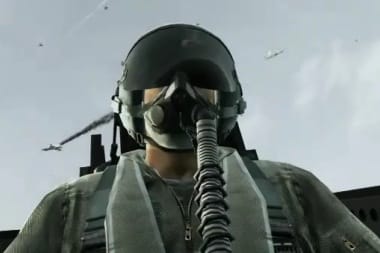 As Hamza CTZ Aziz over on the destructoid.com website recently reported, the developer has introduced a brand new gameplay mechanic called Close Range Assault into the Ace Combat: Assault Horizon game, which apparently puts players right on the tail of the enemy’s jet.

Meanwhile, the single-player story campaign — which is set in the year 2015 — sees you play as multiple characters including the game’s main man William Bishop. You can check out the new (and impressive) screenshots via the destructoid.com website.

What do you think of the Ace Combat: Assault Horizon game from what you’ve read and seen? Does it appeal to you?