It was back in June when the Aadhaar Card app received an update, but we can already see that users have been checking on a regular basis as to the status of the next update, as it is clear that one is very much needed. These users have insisted that there be an Aadhaar Card November update because of the bugs that persist even after those June improvements.

Even though the last Aadhaar Card update came with several improvements, such as being able to file a new complaint through the app, having the ability to check Complaint Status, a reduction in the size of the app, and also being able to remove full screen ads; it’s clear there are still some issues that need to be addressed. 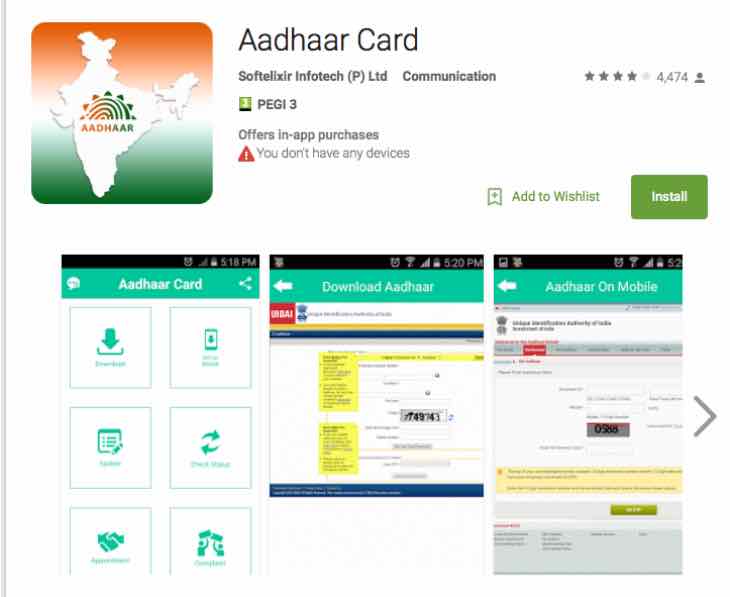 Users of this app have been very vocal on the Google Play Store more so than on the App Store.

On the whole people seem pleased with the changes made, but still having full-size ads popping up is becoming a pain, even though this latest update said this should not happen. Some regions are not able to make appointments, such as those of you that live in Jaipur Rajasthan. It’s not clear if this is a widespread issue, but we have to wonder if other regions are having the very same issue? However, the fundamentally issue still remains, and that is these improvements are still not as good as going directly to the website.