Knowing how to drive is one thing, but there is so much more to it than we first thought all those years ago. Being a driver comes with a lot of responsibility — sounds like something from the Spiderman Movie — as you need to be aware of so many things that are going on. If you let your concentration lapse for one moment then this can lead to an accident. The AAA Foundation for Traffic Safety has conducted a study into the leading causes of car crashes.

However, we do have to point out that this is a hard study to report on, as there is more than one leading cause, as they have to take different age groups into consideration. We were interested in one particular study that looked into driving while drowsy, and is something that has affected almost all of us while behind the wheel.

It has been reported that 41 percent of drivers who took part in the study said that they had nodded off while in control of a vehicle, and I can admit to that many years ago. Now being much older I know what I need to do to stop being tired while driving, and I am sure that there are those of you who can relate to that? 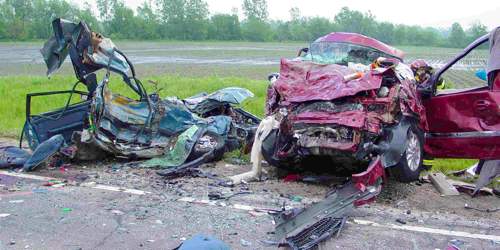 According to the AAA Foundation for Traffic Safety, 16.5 percent of accidents in 2010 were the direct result of being drowsy, and it is men and teens that are most likely to do so. We know that men are not going to like this fact, but it seems as though you are 61 percent more likely to crash after being drowsy while driving compared to women.

There are a number of things that you can do to reduce this risk, and they are common sense. The first is to always have a break every two hours; so pull over if you have a chance and get some fresh air, walk around and have a coffee. Try not to have it too warm in the car, you can start to feel nice and cozy, which could result in you nodding off. Finally if you have no way of pulling over, just open your window and let some of that fresh air in.

These are all simple things; just doing those will help make our roads a much safer place. Do you have any tips to stop falling asleep at the wheel?