I brought our readers an article at the beginning of this month, reminding them of the December 22nd release date for the Xbox Live Arcade game A World of Keflings. Well as you know that date has now passed, so I thought I would bring you a bit of a review round-up for the game.

Judging by the online reviews, it looks like NinjaBee has got quite a hit on its hands. The first review I took a look at is from Darren over at vgrevolution.com. This review describes the game as very similar to the original — A Kingdom for Keflings — but with a little more depth.

The gameplay in A World of Keflings is said to be identical to that of the first game, where players spend most of their time picking up the little people and changing them into slaves. The best part of this game in Darren’s opinion is the fact that it offers a 4-player co-op mode. 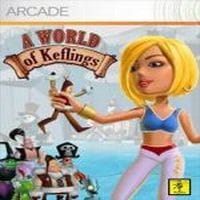 The overall rating given by this reviewer was 6.4 out of 10. The next review I come across is from Katrina Pawlowski over at co-optimus.com. The game was given an impressive 4.5 out of 5 by this reviewer, who appears to describe it as rather addictive in so many words.

It is worth noting that this reviewer did play the game in co-op mode with a friend. If either one of them wandered too far away from the other, the screen would then split based on where the players went. While this can be a good idea in one sense, it can be a bit distracting in another.

The final review I read was from TheSbuxGirl at ripten.com. This reviewer claims that A World of Kelfings is far better than the original, and even gives it a very impressive 9 out of 10. One downside mentioned however is the fact that the interface is a bit difficult to use at first.

You can read the full reviews via the links provided above. Have you played A World of Keflings yet? If you have, what rating would you give it?

A World of KeflingsXbox Live Arcade