For those of you who need a new boredom killer on your smartphone or tablet, peer a glance over to ‘A Candy Puzzle – The Saga of a Boy to Defeat the Hunger’ app. The mobile game has just been released for iPad on iOS, it would appear that Android is MIA though with no version currently released.

A Candy Puzzle has been described as a very challenging and addictive game, these are normally the ingredients of a good app. The game can be downloaded for free from the iTunes Store or App Store and offers in app purchases which will give bonuses and removes ads. The game has been optimized for iPhone and iPod too requiring at least iOS 5 to run.

The general gist of the game is to match colored candies across the variety of tiles, amassing a higher score the quicker you can complete the puzzle. You advance through the levels when you complete each puzzle, with 40 levels ready to challenge. The Candy Puzzle app will test your speed and reflexes as the tiles quickly switch from a picture of a hungry boy, to one with a mouth full of candy. 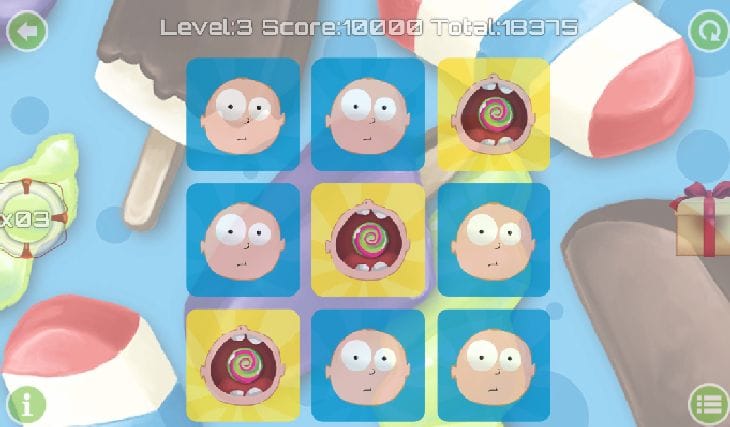 It is possible that if the game grows in popularity then an Android release would be offered; for now the app will be spread through word of mouth if people like it. There is a lot of competition in the mobile games market but we have seen apps start small and explode to fame before, does A Candy Puzzle have potential?

Why not download the game for your device iOS and let us know what you think by leaving a comment?