The 9/11 Memorial Museum in NYC has now been completed and as a way to recognize the efforts of all the hard work and those who lost their lives, a dedication ceremony will go on until may 20th, and then on May 21st, 2014 the official public opening will take place.

However, unbeknown to us, the 9/11 Memorial Museum Audio Guide app for the Apple iPhone, iPad and iPod touch was released on May 9th in preparation for the opening. The main purpose of the app is to aid those who attend the museum, as it is a way to help enhance the tour thanks to the efforts of Robert De Niro, who does the narrating on the app.

There are thirteen sections in the museum in all, and each narration and transcript lasts for 1 to 3 minutes, although there is an additional tour specifically for children and families. We know that there is a sad undertone to this app, and the 9/11 Memorial Museum itself, but it is good for people to pay their respects, which I will be doing when I visit New York City in August. 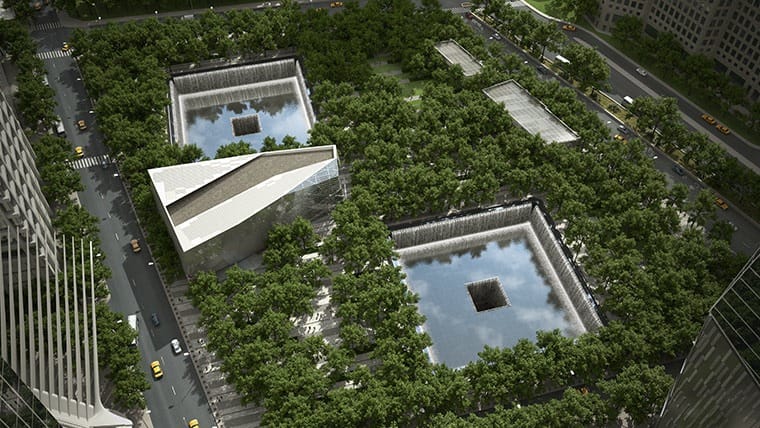 The 9/11 Memorial Museum audio tour guide tells of the experiences of those first at the scene after the terrorist attacks, as well as recovery workers and family members of those killed. The app works well in conjunction with the archaeological elements of the museum, although we have to warn that this could be very emotional for some of you, so you need to prepare yourself.

Another app is also available on iTunes, the 9/11 Memorial Guide, which has been on there since 2013, although it is not as informative as the 9/11 Museum Audio Guide.

Below is a video of the Livestream of the 9/11 Memorial Museum Dedication Ceremony, which took place today.