With just a couple of days to go until Apple’s March event, it’s obvious that the predictions are now in full swing. One of the most rumored devices to be announced is the new, smaller iPad Pro, although as always is based on pure speculation at this time.

9.7-inch iPad Pro price expectations – 9To5Mac have been looking into how much the smaller iPad Pro is likely to cost, and it is expected to be $599, which has a starting price $100 more expensive than the current Air model.

However, let’s try to put things into perspective, as the $499 iPad Air 2 starting price is for a 16GB model, whereas the 9.7-inch iPad Pro model would start with the 32GB storage option, and so double. For that same price you could get a 64GB Air 2, although its hardware would offer less performance. 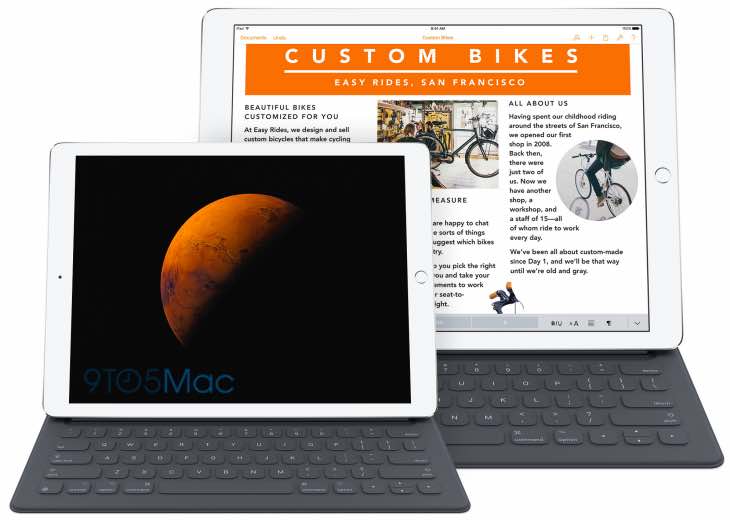 The starting price of the smaller iPad Pro would then be $200 cheaper than its larger sibling, and so looking at the pricing structure, the 128GB 9.7-inch model would more than likely cost $699 to $749. And another $100 to $150 on that price for the Wi-Fi/Cellular model.

We suspect that there will be only the two storage options, as 16GB is just not an option for a Pro model because it already requires more space for complex apps. However, you do have to remember to get the most from the smaller iPad Pro, you will also need to purchase the Apple Pencil, which will bump its price up another $99, and also the Smart Keyboard for a further $169, and suddenly that starting price becomes $867.

How much do you think the starting price will be?