Some amazing figures are been boasted on the virtual Panini Online Sticker Album website, which at the time of writing state over 82 million Panini World Cup 2014 stickers have been swapped, with 64 million packets opened, and 1,584,860 users using the Panini swaps service in the UK, US, Brazil, and many other countries.

In fact, we saw a media report this week stating that some areas like South Florida see people searching hard for the adhesive stickers. With Panini World Cup Brazil 2014 fever hitting so hard that some people are spending hundreds of dollars, with the aim of filling their album to guide them through the upcoming football games this June. 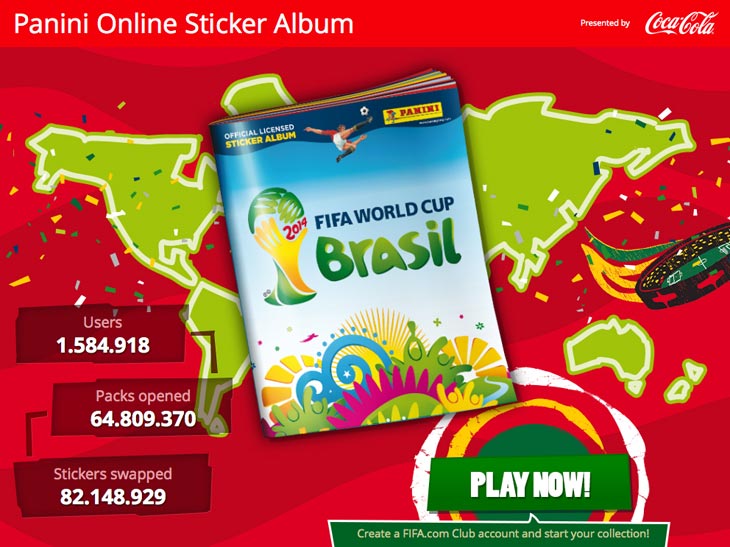 We previously reported on the amount of 2014 Panini online sticker album codes being shared and at the time we saw 37m swaps and 33m sticker packs opened. This shows that in under 2 weeks since that article about codes being swapped online, we’ve seen another 31m sticker packets opened and 45m World Cup 2014 stickers swapped.

Have you been swapping Panini World Cup 2014 stickers? If so, how close are you to getting a full album? It is clear that the swapping is increasing by the figures above, and this would make sense considering we’re getting closely to the start date of the 2014 World Cup on June 12.