We all know how fast technology can move, but who would have thought that there would be an 80 megapixel camera sensor? Well there is, but it comes at a price. The Phase One IQ180 is from the same company who gave us the Leaf Aptus-II 12, and we can expect the device to start shipping in April for a massive $43,990 — told you about the price.

You might wonder why we would want such a device and who would pay the price? CNET News believes that companies who deal with fashion model shoots will want the Phase One IQ180, as well as IQ160 and IQ140, which are on the cheaper side and will be launched just one month later. 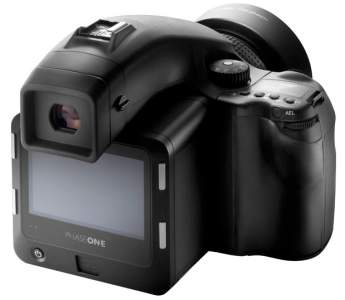 CNET’s Stephen Shankland believes that this camera device will not have things easy, as there are many competitors, such as Nikon and Canon. These sensors are smaller, but this has not stopped either company from increasing its “Customer Base”, and they certainly have loyal fans — myself being just one of them.

For those who are interested then you can visit the Phase One website to sign up for a demo of digital camera backs in action. The touch screen size is 3.2-inches and allows you to zoom in and out on the subject. Sensor+ technology has also been used; this will help to give you higher ISO sensitivity. So you do not have long to wait, but we would like to know if you would part with that much money for this technology?