We recently gave you a list of some due to be released handsets for customers of the Sprint network. It featured some featured packed devices due for release. Today we have 8 upcoming Verizon phones to watch in 2011/2012.

This year the big news cell phone wise on the Verizon network was the release of the iPhone 4. Presently there are no official details when the next iPhone will be made available, but it is rumored to be around September. Handsets we do know about include the Motorola Droid Bionic, which is LTE compatible and may be available soon. 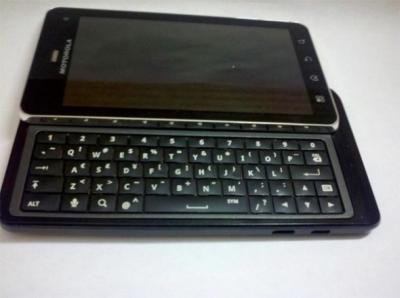 A CDMA version of the Samsung Galaxy S2 is rumored to be coming and called the Function. It will have Android Gingerbread with a 4.3-inch Super AMOLED Plus display. Another BlackBerry the Bold 9930 is set for release during Q3, and features a 1.2 GHz processor and 5-megapixel camera. It is also thought to be running BlackBerry OS 7 when it is released.

Other handsets coming to the network include the Motorola Droid Targa, HTC Merge and Bliss. Obviously there could also be the iPhone 5 available towards the end of the year but do any of these handsets interest you?