There are said to be 60 E3 2011 game previews during the event, and the one thing we would like to know is, which is the most anticipated? For some of those hardcore gamers out there they will already know the answer to that question; but it is still not too late for your voice to be heard.

CVG asked this exact question in a poll; this is one of the first times that we have seen 60 choices in a poll, which you can see for yourself here. We thought we would save you some misery and inform you that the most anticipated game at E3 2011 is LOTR: War In The North. Now we know that some of you will not agree with this, but there is no denying that this will be a special game.

Over the years there have been a number of games in the LOTR franchise since 2002, but none have been able to compare to Two Towers. However, things will be very different with War In The North, as it will offer so much more than ever before. There does not seem to be an end to the new features and locations, but are these really enough? 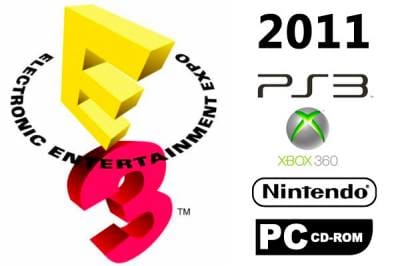 Now we know that this game will not be to everyone’s taste, so why not visit our previous post, which looks at the top ten games coming to E3 2011 for the Xbox 360 and the PS3. All of these titles are exclusive to each console, with Gears of War 3 and Mass Effect 3 being two of the biggest from the bunch. Thinking of going to one of the E3 parties, then see the entire list.

What game are you looking forward to the most at E3 2011?