With so much talk of next-generations consoles of late we are beginning to forget that current-gen consoles still have the potential to improve via firmware updates, today we will look into some killer features which Sony could add to the PlayStation 3.

Let’s start with something which we have covered multiple times in the past, cross-game chat, it seems strange that the PS3 has been available for almost 5 years without this functionality. Microsoft’s Xbox 360 has been capable of this for years, therefore it is almost embarrassing to see that Sony has not given its flagship console such a function. To be honest with you the feature is a little over-rated but we have seen so many complaints about the lack of cross-game chat over the past few years we really can’t see the harm in adding it. Also a similar feature will be wanted when it comes to the PlayStation 4, so it would make sense for Sony to “test the water” with cross-game chat so they have experience with such a feature before the PS4 arrives.

The PlayStation 3’s web browser is a huge boasting point when comparing Sony’s console to the Xbox 360, but things could be better, previously we have spoke about Google Chrome coming to PS3 and we still think that this is a great idea. Why is it a great idea? Well, Google Chrome has a great reputation in terms of security, this is great considering the great PSN outage of 2011, but it is not just this which makes it a good idea, also Chrome has gone from strength-to-strength over the last year and is now many people’s first-choice web browser, perhaps synchronization between Chrome for PS3 and other versions of the app would be possible, we think that this would promote the feature massively. We think the web has moved on a lot since the PS3 release and its web browser is now showing its age, we need a faster more intuitive web browser with more support for today’s standards – what do you think? 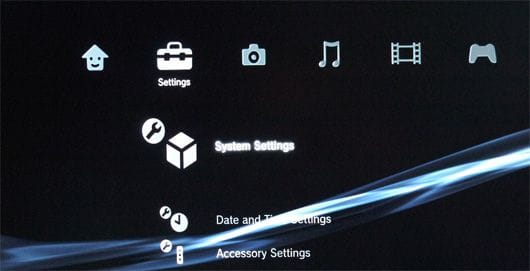 Finally another feature which some may like to see is in-game music, this is something which the original Xbox offered, however since then we have not really seen consoles take this feature seriously. Obviously some game genres suit such functionality, whilst others don’t, we think that racing games and puzzle games would really benefit from in-game music, it would obviously not make the PS3 a great deal better, however we think that any extra features would be welcomed by most gamers.

These are the four ideas which we think could improve the PlayStation 3, however we would love to hear what you have to say on the matter, therefore feel free to get inventive in the comments section below. What new features would you like to see brought to the PS3?