Exciting news coming out of the Gaming Insiders Summit in San Francisco on the 17th October 2013, concerning the invention of Virtual Reality headset the ‘Oculus Rift’. It would appear that the makers of Oculus Rift have already started work on a higher 4K resolution display on the headset. It finally looks as if we (the consumer) will soon get our hands on the much anticipated Virtual Reality that many people for a long time believed was only stuff or dreams and fantasy.

A launch date for the HD version of Oculus Rift has as of yet not been given. But CEO Brendan Iribe has stated that the HD consumer version will be available sometime “soon” in the near future. This also comes in conjunction with the announcement that the 4K version of the device is also being worked on, but will probably hit our stores in the not so immediate future. But at least they are working on it, which should bring excitement to many people across the world.

In the meantime the inventor of Oculus Rift Palmer Luckey intimated that he is not willing to wait around until 4K eventually comes out and will instead make other major improvements to the device. He told PC Gamer “We can’t just sit around and wait for 4K displays to hop around” and that “There’s a lot of other things to work on besides resolution”. 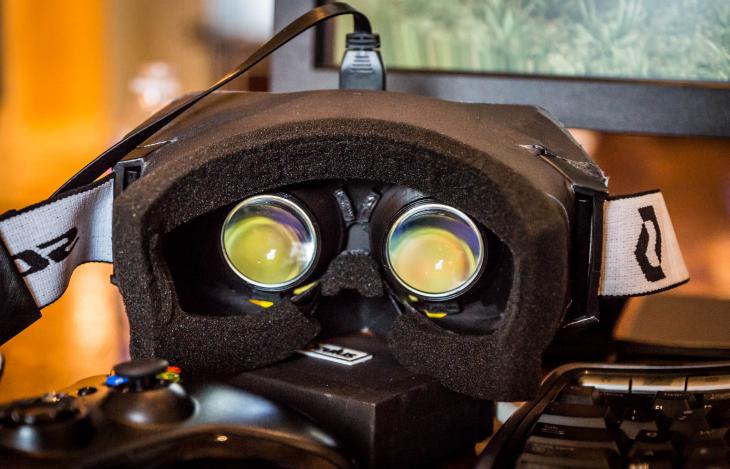 There have been reported problems as we have been able to ascertain concerning the playing experience of the Rift with many people complaining about simulation sickness in the new prototypes being tested and is still a crease that needs to be ironed out when the product comes to market. It has also been stated that the Rift could also be used as an IMAX-like 2D display for the next generation consoles, which would be a brilliant addition to an already exciting period for console gaming as a whole.

Will you be purchasing the Oculus Rift when it becomes available next year? Are you excited about the capability this technology has in enhancing your gaming experience? Please check out our other article here, talking about VR.