Earlier this month Best Buy offered the HTC Thunderbolt for pre-order, even though Verizon did not offer an official release date. However, what they did give us was a price for the handset, but not the 4G rate. That kind of information was left to our readers, and it seems as though there is some concern over this; with some suggesting that they might wait for Verizon’s HTC Incredible to release later this year.

It seems as if the rumors of a 4G rate increase is not true, well not in most cases anyway. From what we have read from the comments those who sign a $30 per month contract will stay at that rate, even if Verizon decide to up it 6 months down the line.

This is certainly nothing new, as new customers always get a good deal, but can you see Verizon increasing their new 4G data plan when there will be more competition coming along towards the end of the year or early 2012? 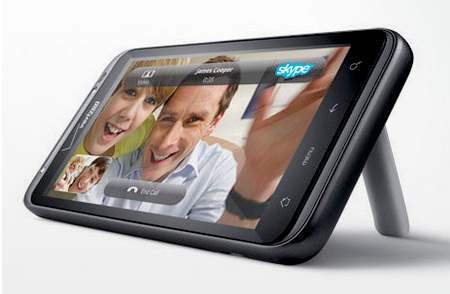 We mentioned earlier that no release date has been set, but the smart money is on February 24th. This has concerned those who have already pre-ordered, as they still have no idea how much the carrier will charge them for the 4G contract; the price that most are will to pay is $10 to $15 more each month. Some have even suggested that they might wait for a newer 4G handset if the price is too high. However, if the plan is still too high then this could have an affect on sales of the new 4G Incredible as well.