The new Nexus 7 for 2013 bumps up the specs in all the right places and O2 has been reminding users why they should pickup this tablet from them within the next 24 hours.

You can see an image below that features a tweet from O2 reminding followers there’s just 24 hours left to get the “4G ready Google Nexus 7 exclusively on O2 until November 1”. This message isn’t new, but O2 has stepped up their promotion of the Nexus 7 with just 24 hours left until Nov 1.

Reactions to this latest tweet have been mixed with some people claiming they will go to an O2 store today and purchase the new Nexus 7, although others are very less optimistic and demand a “better signal” on their smartphone first. 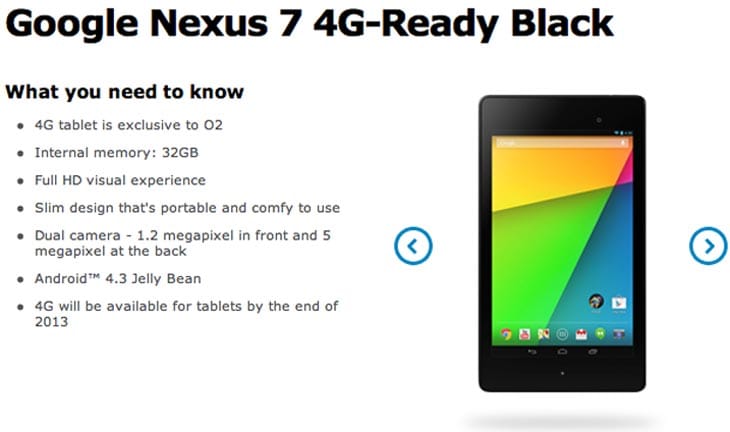 Google’s Nexus 7 features Android 4.3 Jelly Bean, Dual cameras at 1.2MP and 5MP, a full HD display and this model includes 32GB of storage. As you can see in the screenshot above, O2 state the “4G tablet is exclusive to O2” but this runs out within the next 24 hours.

You should note that 4G will be available for the Nexus 7 tablet by the end of 2013, so don’t expect to be using 4G right away in your location. Take a quick look at the iPad Air vs. 2013 Nexus 7 2 in an earlier article.