As yet we still have no idea what Apple will call their next iPhone, some believe that it will be the 4S, as it will only come with a minor update, which could be true. We thought we would look at the idea of 4G LTE in either the iPhone 5 or 6 and see the readiness of Verizon and AT&T, as they are the two carriers who will decide the future of Apple’s handset.

Let us say for arguments sake that Apple still does call it the iPhone 5, as there is no real evidence to prove otherwise at this stage. Now we know that Verizon covered the U.S. with 3G much sooner than AT&T, it seems that this will also be the case with 4G LTE. However, neither of them will have enough coverage for such a big release like the iPhone.

Having said that, the likes of Samsung and Motorola must believe in these carriers, as they have now started to launch full 4G phones. We still do not think that Apple will be rushed into such things; they want everything to be just right. It is AT&T that is slowing this process down the most, as they just cannot seem to get on top of LTE, and seems to want to offer a different solution compared to Verizon. 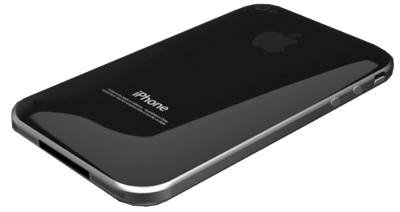 It is for this reason why Apple will have to wait and make the iPhone 6 a full 4G LTE handset. Speaking of the iPhone 6, it seems that Intel really wants to work with Apple on this and build the chips for them. We have mentioned a rumor on this before, but that was just speculation. This is the real deal, and has come direct from the horses’ mouth so to speak.

According to Reuters, Intel said that they would be prepared to make concessions for Apple when it comes to custom designs. Maybe we will hear something from Apple and Intel in the to distant future, as we all know about the legal battle going on with Samsung, who currently supple the chips for the iPhone and iPad?

How ready are AT&T and Verizon for a 4G LTE iPhone?