The 4chan website is down today, January 3, with a Temporarily Offline message being displayed on their homepage. This arrives when you visit 4chan.org and the website loads very slow, and then you see the “something is wrong with our servers” message that we included a screenshot of below.

While many groups might make a claim for 4chan not working today, it seems the most credible can be Lizard Squad following a tweet within the last 30 minutes. 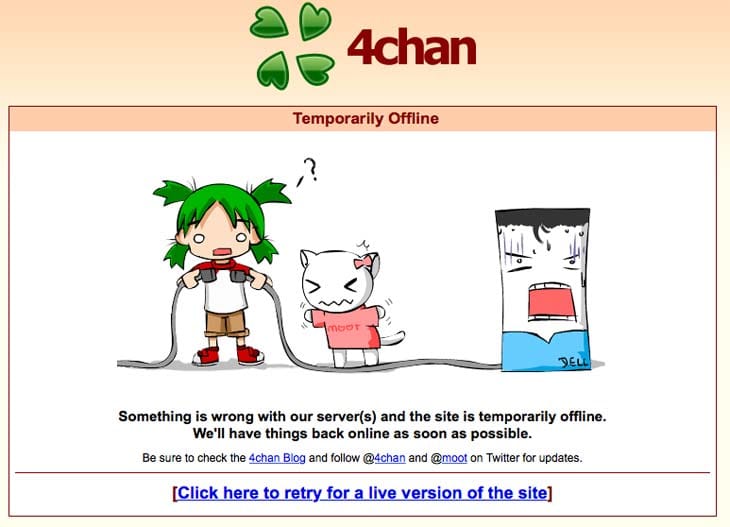 Lizard Squad has gained fame for taking down gaming networks like PSN, Xbox Live, and Steam. In fact, Lizard Squad has also taken credit for bringing PSN to its knees along with Xbox Live over Christmas Day.

Those of you that don’t know 4chan well will see it as a simple image-based bulletin board, although it’s known as much more than this with leaks focused on many things. Celebrities have also seen personal photos land on 4chan over the years and some could be glad to see the website go down. 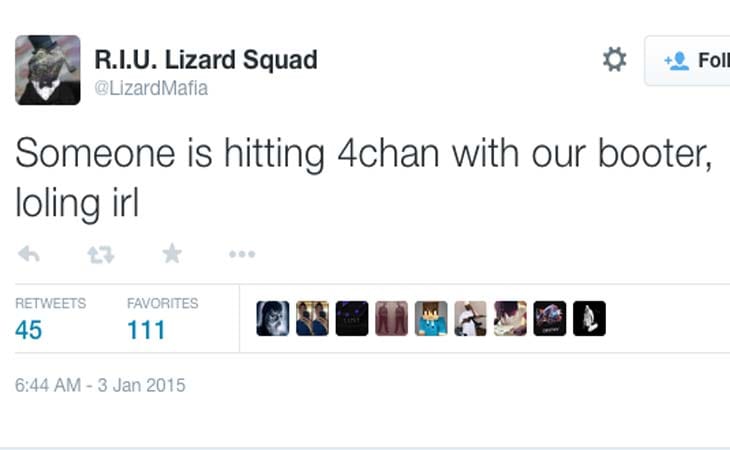 You can see the recent Lizard Squad tweet above, which said “Someone is hitting 4chan with our booter, loling irl”. At the time of writing, we are still seeing 4chan down on Jan 3, 2015 from the UK. The site claims it will be ” back online as soon as possible”, although their blog hasn’t been updated with any information as to why it’s temporarily offline.

How long have you seen 4chan down today and what do you make of the Lizard Squad tweet above? You can follow the group known for DDOS attacks at twitter.com/LizardMafia.