While there is still plenty of time to see if 3D TV will fail, it’s looking more unlikely everyday thanks to the big brands putting their money, where their mouth is. The latest 3D push comes from a joint venture, which is between IMAX, Sony, and Discovery Communications.

The 3net February 13 launch kicks of today with some great content, DIRECTV is the first United States television provider to broadcast the new 3D channel, which will see original and native 3D documentaries broadcast 24-hours a day. These include ‘Into the Deep 3D’ and ‘Forgotten Planet’.

You can read statements on discovery.com from IMAX’s CEO Richard L. Gelfond, John Hendricks of Discovery Communications, and Sony Corporation’s CEO. New 3D content should flow nicely from 3net, with claims of a new program debuting at 9pm (ET) every night.

You can read a nice list of expected programs via this article, which includes Wildebeest Migration from Discovery, In The Qube 3D from Sony, Hubble 3D from IMAX, and Experience 3D. 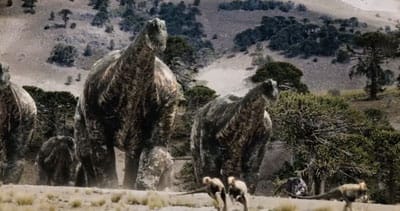 You can watch a video below that shows you what to expect this month on 3net. Will you be watching the new channel? Let us know in the comments. Also feel free to see all 3D channels from DIRECTV via this link.