We saw a big push for 3D-TV’s last year as the technology became more available for the home consumer. Sony updated the PS3 to be able to take 3D Blu-ray’s and games, and companies like Sky TV launched 3D channel services. Now we are seeing the technology take another turn with the likes of Toshiba and Nintendo developing 3D screens that do not require users wearing glasses.

Back in December we reported that Toshiba had started selling such screens in Japan, but these where smaller screen sizes such as 12-inch and 20-inch. One thing that may be stopping many consumers going down the 3D route is the need for glasses, but Toshiba will be showcasing two prototypes at CES sized at 56 and 65 inches.

Rival TV manufactures have said that this kind of technology has a too restrictive viewing angle, but a Toshiba spokesman has said the company will be launching two models, with one over 40 inches and the other over 50 inches. Toshiba are planning to start selling the sets in their next financial year, and could hit the market by the end of 2011. 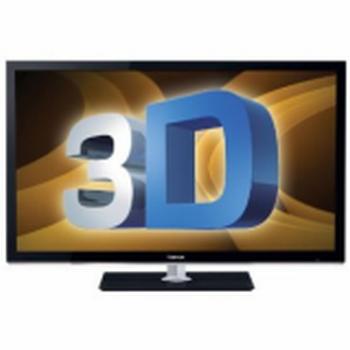 Head of Toshiba’s visual products – Atsushi Murasawa — said “These will not only be for the Japanese market, but also America, Europe and China.” No details of prices or launch dates have so far been revealed as the technology is still being developed, but it can’t be too long before we start getting such information.

I personally have held off getting a 3D-TV because of the need of wearing glasses, but many people have taken the plunge with the sets and are probably enjoying the experience. With any new technology not only do you see companies bringing out their own take on it, prices also start to become more competitive.

Have you got a 3D-TV yet? Or are you waiting for the likes of Toshiba for a glasses-free experience?