We are getting reports of some lucky gamers getting their Xbox One S early, ahead of the August 2 launch date when Microsoft officially releases their 4K-capable console to the masses.

However, it has become apparent that the 4K features that come with the console do not appear to work without an Xbox One S Day One update.

This has been discovered by one user who found out that he can’t watch a 4K Blu-Ray without an update as trying to do it straight out of the box results in an Xbox One S 0x91d70001 error code. 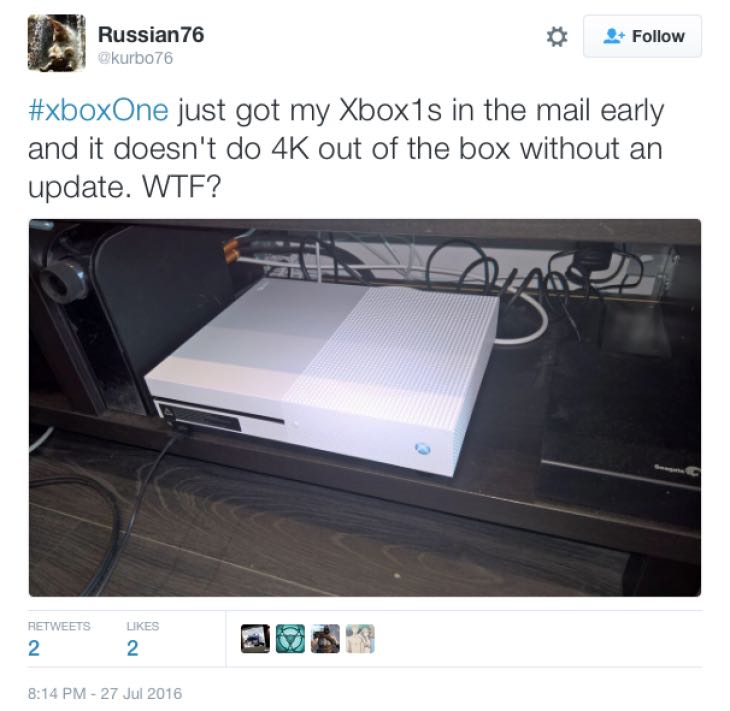 Microsoft are yet to issue a statement on the matter, but it looks like the first Xbox One update will be pushed on August 2 and this will enable the 4K features and Ultra HD gaming.

Obviously this is disappointing to those that received their console early, but at the same time it’s not too surprising either given that day one updates are now standard across the entire industry.

Do you have your Xbox One S early? Leave a comment below if you can also confirm that the same problem happened to you.