It looks like 2K are having some big problems at the moment with some of their game services taking a hit. At the moment, we can see that NBA 2K15 servers are down today in the US and UK – as it looks like 2K’s server status as a whole is offline at the time of writing.

We’ve just tested NBA 2K15 on PS4 and we can see that the servers are unavailable. Judging by reaction on Twitter, it also looks like NBA 2K15 on Xbox One is down as well.

The strange thing is though, is that there has been no status update regarding the latest outage for 2K servers from the 2K Support Twitter page. We see that they have talked about NBA 2K15 problems on January 8, but nothing about 2K servers down on January 13 which is odd.

Below are some of the messages that affected users have been leaving on Facebook about the 2K outage today: 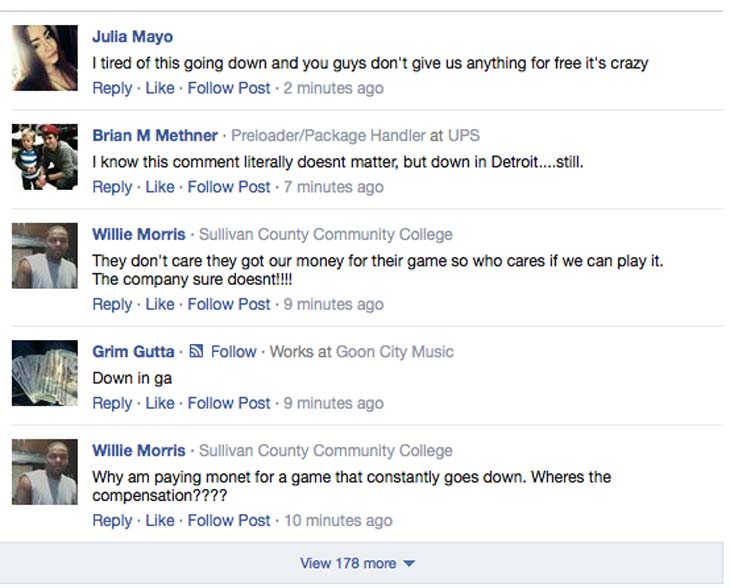 While we have only just noticed the problems recently, we can see that other users have reported 2K servers being down for hours without a fix, which is worrying if true.

Hopefully the 2K Support page will offer an update in the coming hours, with news of when 2K servers will be back up on PS4, Xbox One and other platforms.

For now, give us your status at the moment. Can you play NBA 2K15 or any other 2K game online right now, or are you having big problems with the 2K log-in down?